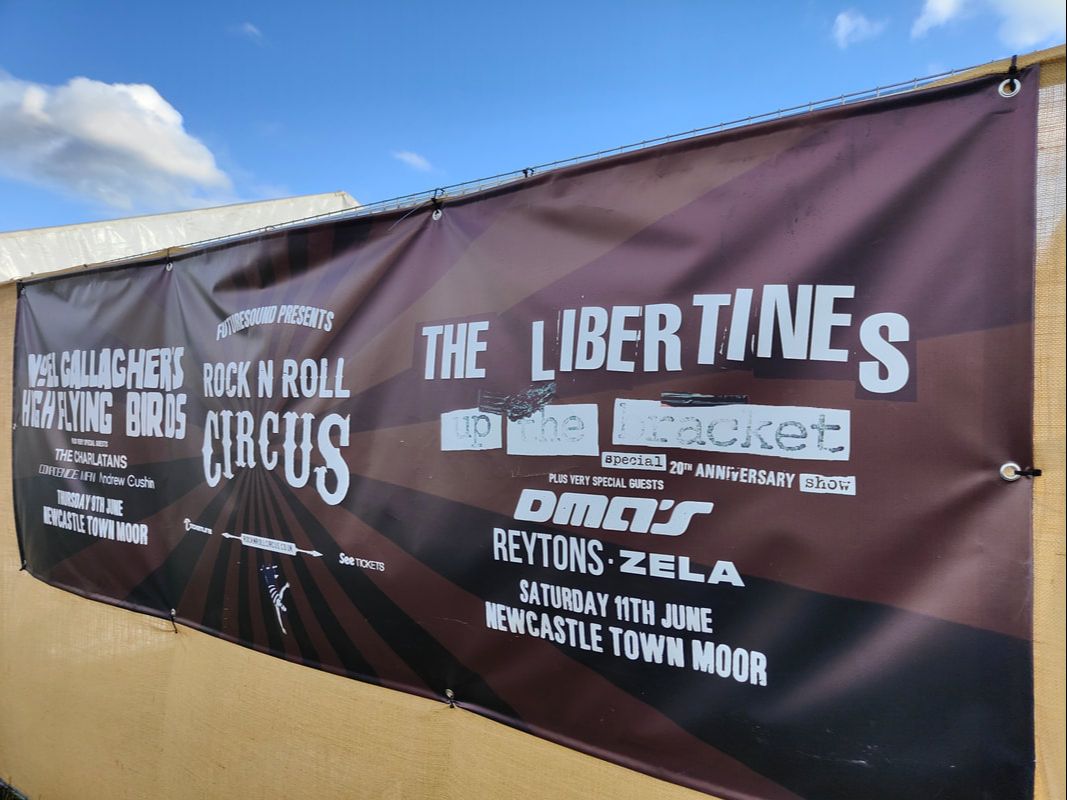 Review and photos by David Weddle

Festival season is upon us again and Newcastle is playing host to several high profile events, including the Rock N Roll Circus.

Spread across two days, the carnivalesque event featured stilt walkers, acrobatics, trapeze and more, all under a rather large circus style tent. Alongside the circus acts, there was a good selection of street food vendors offering everything from hot dogs and loaded fries to ice cream and cocktails. ​

With the tent pitched on Newcastle's historic Town Moor, the stage was set for some of music's biggest names to perform for an eager Geordie audience. The first night saw local lad Andrew Cushin open up the proceedings to his home crowd before passing on the baton to Confidence Man, The Charlatans, and headliner and rock 'n' roll legend Noel Gallagher with his High Flying Birds.

We were lucky enough to catch day two of the Rock N Roll Circus, which featured a star studded line-up, including opener Zela, who got the crowd going with a high octane, full on set. They went down well with the audience and set the atmosphere for the rest of the show.

After a short break, The Reytons took to the stage and gave a performance that blew us away. They have a loyal fanbase who showed up to support them and got involved with the performance, which helps, but the band were in top form. With plenty of interaction with the crowd and giving a fresh feeling performance, it is clear to see why The Reytons have made such a big impact on the music and festival scene.

If we weren't awake beforehand, we certainly were after The Reytons.
The circus acts filled in while the stage was reset and people had the opportunity to take in the atmosphere of the day before getting another earful of rock and roll from Australian rockers DMA's. 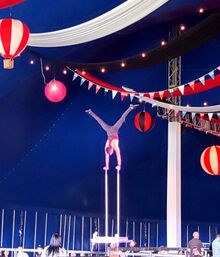 Another solid festival favourite, DMA's put on an epic performance and were a perfect fit with the Newcastle crowd.
Playing a solid set of bangers, DMA's showed us exactly why they are one of the best live acts on the scene right now.
After a music filled day, it was finally time for headliners The Libertines, to take to the stage. The crowd had waited eagerly for the rock icons and let it rip when the band walked onstage.

The rockers gave it their all, with front men Carl Barât and North East son Pete Doherty bouncing off each other with the same spark and musical chemistry they are renowned for. The Newcastle audience were not left disappointed as The Libertines played a plethora of hits. They knew what the people wanted and made sure they got it.
With ears ringing and a warm glow from the positively charged atmosphere in the tent, it was time to leave, but with a happy heart filled with awesome music from awesome acts.

During the interlude, spectators were treated to circus acts spread throughout the huge tent, as well as the opportunity to take advantage of refreshments from the plentiful bars and food stands.
The facilities (toilets) were well organised and the security gates were well staffed. The organisers made sure there was plenty of staff picking up litter, and the whole area was kept very clean.

All things considered, the Rock N Roll Circus was well worth the wait. It would have been good to have a little more outside seating space around the food stalls, but that was really the only thing I could pick at. The organisation was great, the security was on point and the hospitality was efficient and friendly. Mixed with superb circus entertainment and legendary musical acts, this is certainly an event to remember.