Royal Distortion
release new video for
'Hole In My Life' 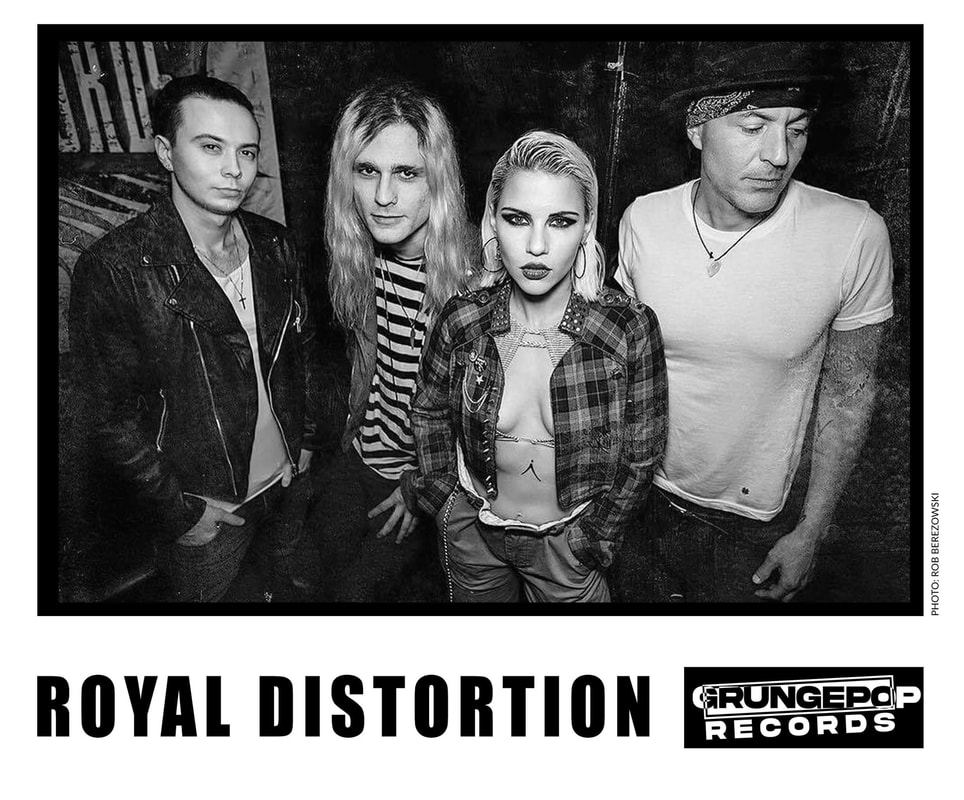 LA's Answer to NYC's Blondie?
Royal Distortion is a female-fronted four piece rock band from Venice Beach, California that plays '80s influenced Pop-Rock with grungy nods to Blondie, U2, and Red Hot Chili Peppers, and is the only house band that the world famous Whisky A Go-Go has had in the last two decades. Royal Distortion has repeatedly sold out the legendary venue on The Sunset Strip in Los Angeles were previous house bands include The Doors, Van Halen, and Guns N' Roses.

Debut single "Hole In My Life" recorded, mixed and produced by Kyle Hoffmann (Bush, Grey Daze, Lacuna Coil) at NRG Studios is out now via Grunge Pop Records.
​
Here's what the singer said about the video:
"We really wanted to start a Blondie cover band at one point, but we were writing so much of our own material. So when we started this band officially, we just jumped into creating our own sound that was inspired by lots of bands as we all have different tastes in music. Some heavier and some softer. I think a bit of Blondie snuck into our sound too. So here we are. Just ourselves making our own version of what we love to do. And this video was filmed at one of our sold out shows at Whisky A Go-Go by George Reed of Esoteric Films.