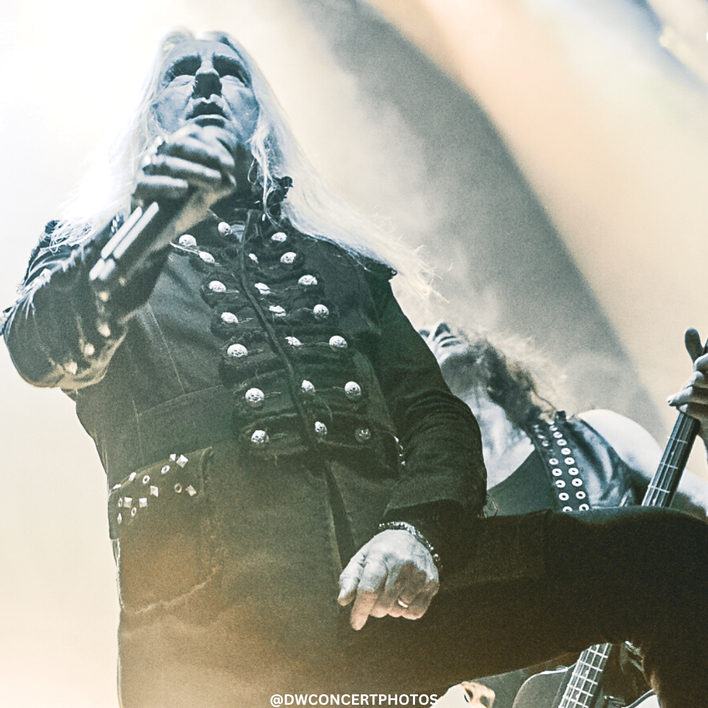 Formed in 1977 and with 23 studio albums under their belt, the NWOBHM legends Saxon have been on the road with their world tour promoting their latest album 'Carpe Diem'. The 'Seize The Day' tour has seen the band play venues from Berlin's Admiralspalast to London's Roundhouse. The mammoth tour has seen Saxon play the iconic Cambridge Corn Exchange in Glasgow as well as Newcastle City Hall which is where we were lucky enough to catch a show.

With a loyal fanbase that spans the generations, it was little surprise that the atmosphere in Newcastle was buzzing with anticipation. You could sense that people were there to have a good time. From the really young to the more mature metal fan, the whole crowd had a really good vibe about it.
DIAMOND HEAD- Photos by David Weddle @DWCONCERTPHOTOS 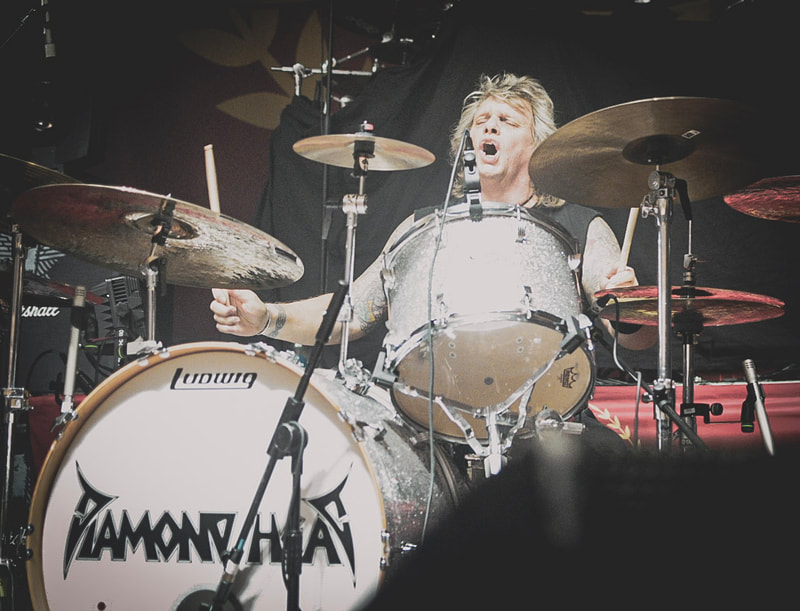 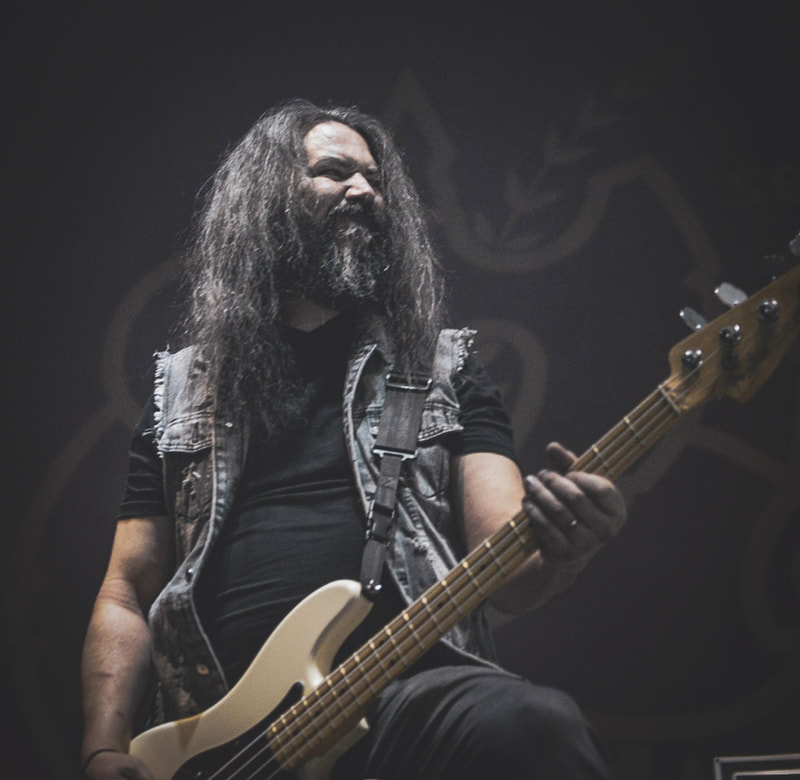 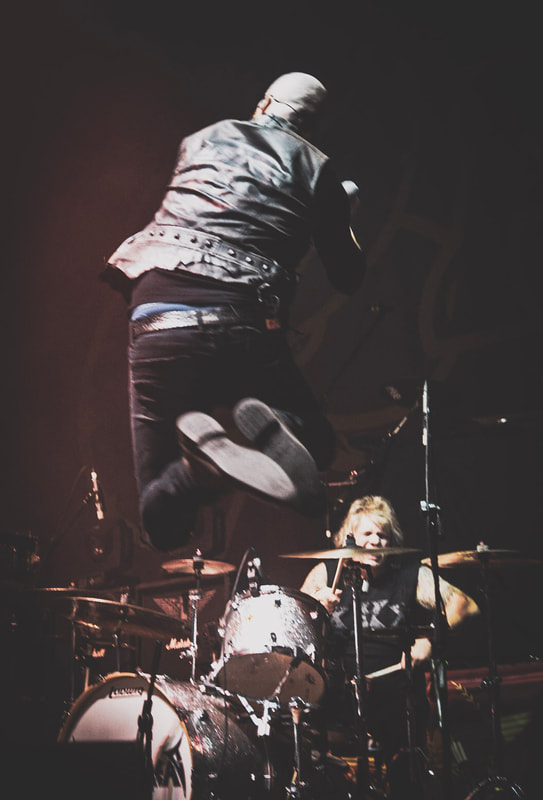 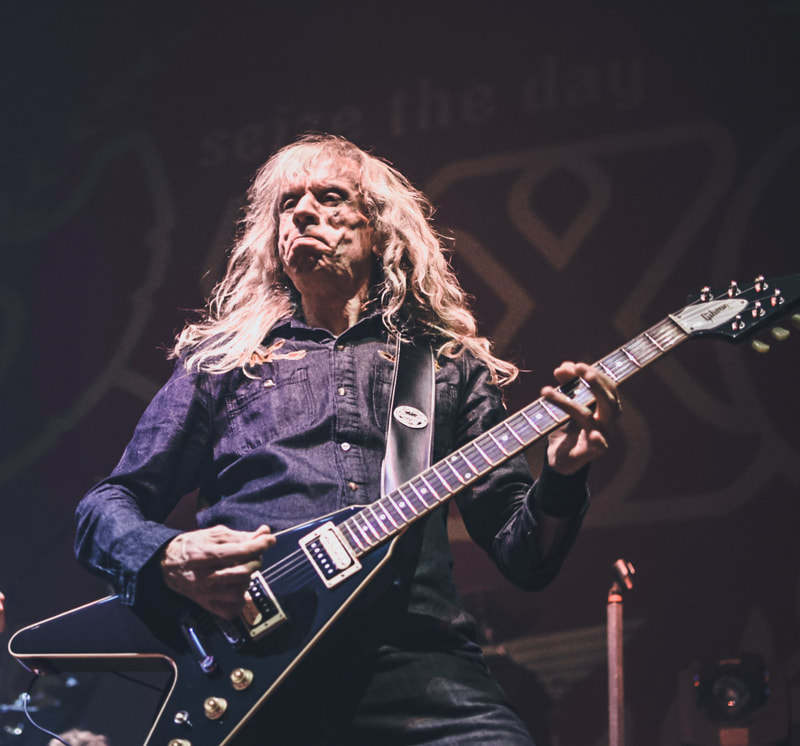 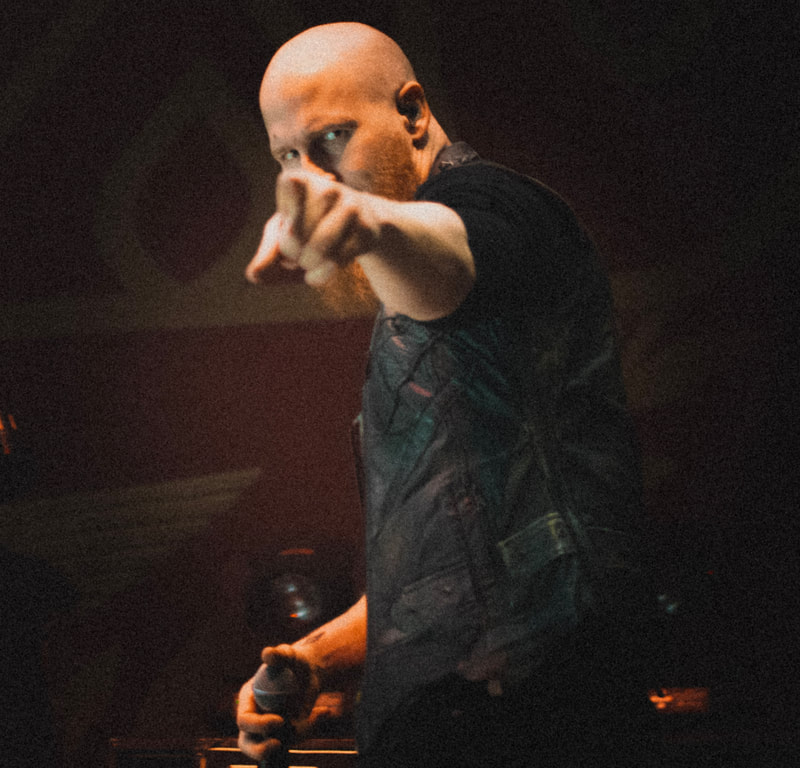 The lights dimmed, and the openers Diamond Head took the stage. Singer Rasmus Andersen was full of energy and really got the crowd going. A band that has a huge following in their own right, Diamond Head put on an awesome set for the Newcastle crowd. Playing a seven track set, they definitely had more than enough stage presence. Rasmus at one point climbed the balcony during the show to say hi to the fans above the stage. In a later social media post, the vocalist did mention that the venue management wasn't best pleased with his stage antics, but the crowd lapped it up. Encouraging the audience to get their horns up, the crowd obliged and rocked out.

The whole band played their hearts out, with a stunning solo from Brian Tatler during 'Am I Evil' being one of my highlights. An incredible act to open up for such an iconic band. Diamond Head took Newcastle on a heavy metal journey, and the crowd was happy to go along for the ride.

A short break gave the audience the chance to catch their breath and stretch their legs while the crew switched over to Saxon's stage set. Diamond Head singer Rasmus took the opportunity to roll a stage case through the auditorium disguised as a roadie.
SAXON- Photos by David Weddle @DWCONCERTPHOTOS 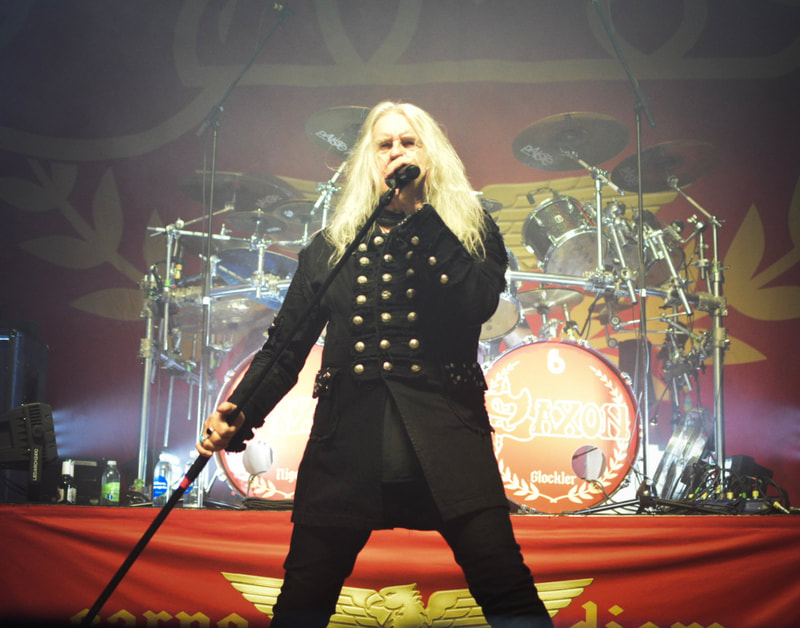 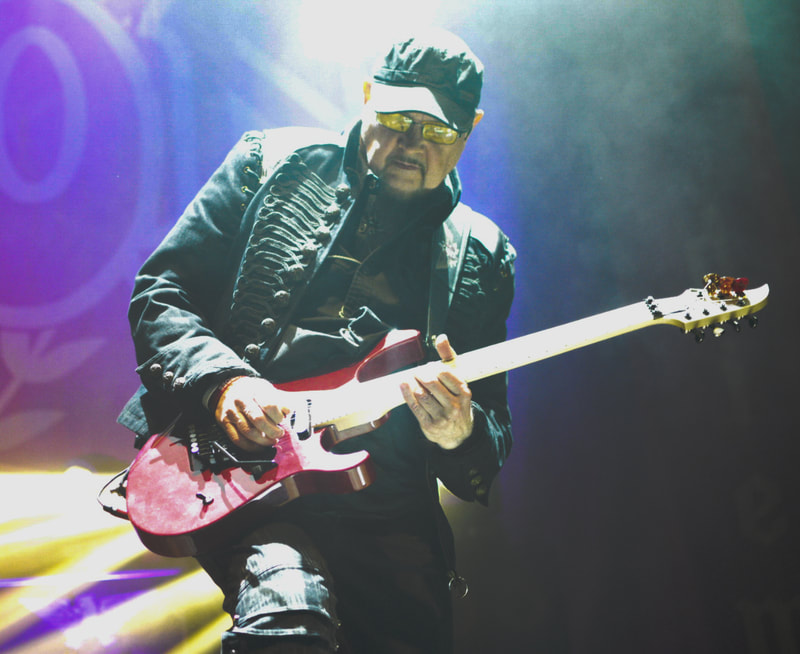 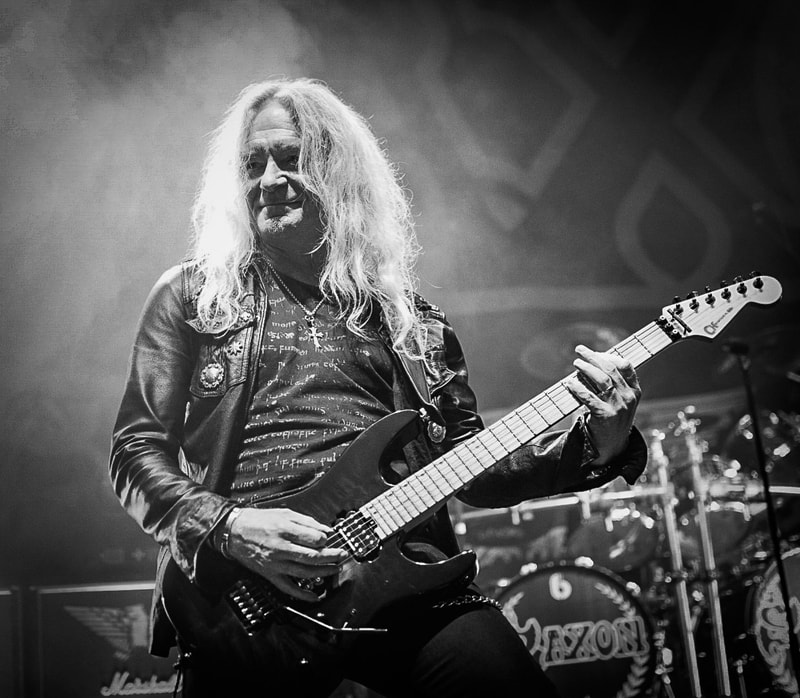 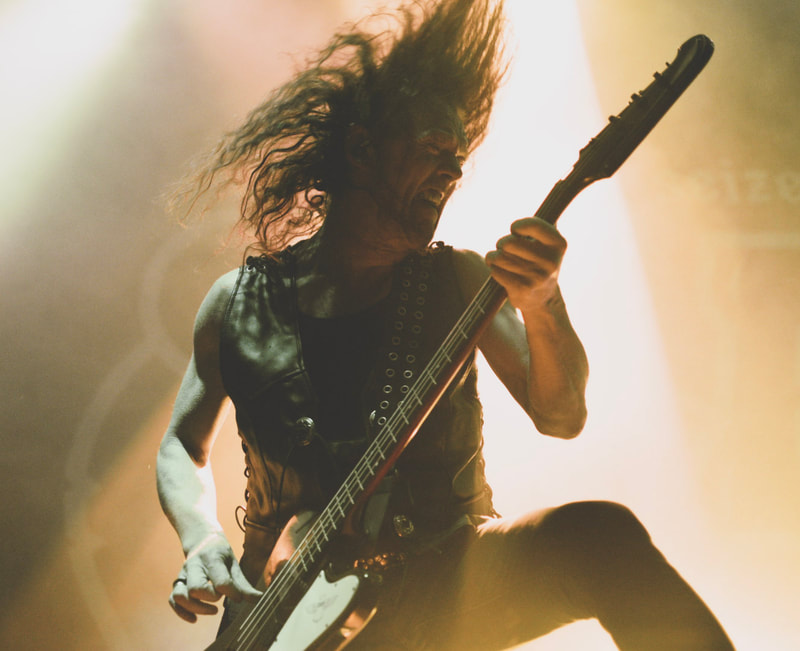 As the house lights dimmed, the excitement from the crowd started to build, and the chant of 'SAXON! SAXON!' filled the air. As the intro to their album's lead track, 'Carpe Diem' added to the atmosphere, the band walked onstage. The cheer from the audience was a deafening testament to how highly Saxon is revered in the heavy metal community.
The stage lights started up as Biff took to the microphone. The band is showing no sign of slowing down as they blast out an epic twenty track set. It is easy to overstate how good an artist or band is live, but for Saxon, there is no doubt that they have finely honed their performance skills.

After belting out 'Age of Steel', Saxon frontman Biff said, "This is one of our favourite city's....NEWCASTLE." he then went on to ask, "Where are all the f****ng seats?" a nod to the recent renovation of O2 Newcastle City Hall which has seen the seating in the stalls upgraded, enabling the venue to remove them for gigs.

With a flawless show that included their classics 'Heavy Metal Thunder' and 'Never Surrender' featuring alongside a good chunk of the new album, including 'The Pilgrimage', 'Age of Steam' and 'Damnbusters' to name a few, Saxon really gave their loyal fans exactly what they wanted.

Closing the show with a five song encore, which saw the Masters of Metal play 'Denim and Leather' and Saxon staple 'Princess of the Night '. After forty years of Metal, Saxon proved as ever, that they are up there with the best of them. If you are lucky enough to have Saxon come to your town or city, be sure not to dither over getting your ticket. Seize the day and get yourself along, you won't regret it.

The album 'Carpe Diem' is available right now wherever you stream your music or from saxon747.com