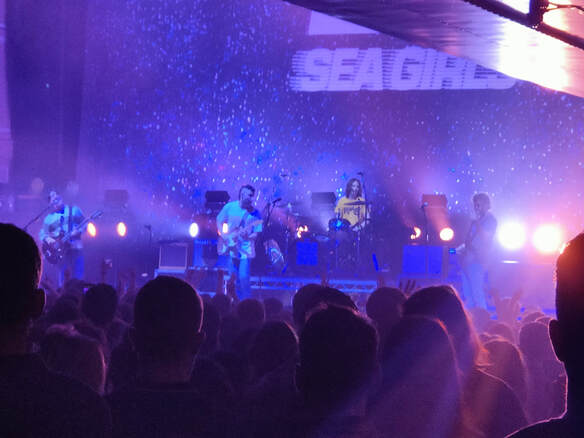 Sea Girls - On Stage at Newcastle
The indie four piece Sea Girls are touring the UK with support from Coach Party. We headed over to their gig at a packed Newcastle O2 City Hall to check it out.

Kicking off the night with a bang, Coach Party put their heart and soul into their set, including 'Everybody Hates Me' and 'Oh Lola', which went down well with the Geordie audience. Topping off their show with their version of Nirvana's 'In Bloom'. The Isle of Wight rockers gave a great performance.

With the crowd warmed up nicely, Sea Girls took to the stage to rapturous applause, opening with 'Call Me Out'.
The anticipation of finally getting to hear and see live music after such a long time added to the energy of the fans.

Sea Girls certainly know how to put on a good show. With a set list packed full of their hits, the Newcastle audience were in for a treat. 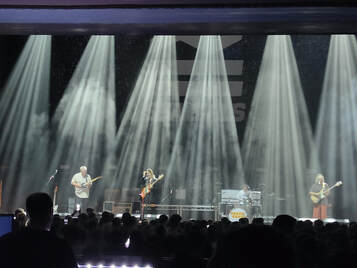 Coach Party - On Stage at Newcastle City Hall
Vocalist Henry reminisced about his 3 years living in Newcastle, saying how great it was to be back and playing on the City Hall's stage. Welcoming everyone to the show and telling the crowd how much he loves playing these sorts of shows in front of other music lovers, Henry showed a real connection with the fans.

Belting out tracks old and new and fitting in a great rendition of The Animals classic 'House Of The Rising Sun', the band gave it their all and it showed.  Ending with their latest single, 'Sick' they left the room still buzzing.  An awesome performance and if you are lucky enough to have tickets to see them in the future, you won't be left disappointed.

The Sea Girls release their new album 'Homesick' in January 2022.