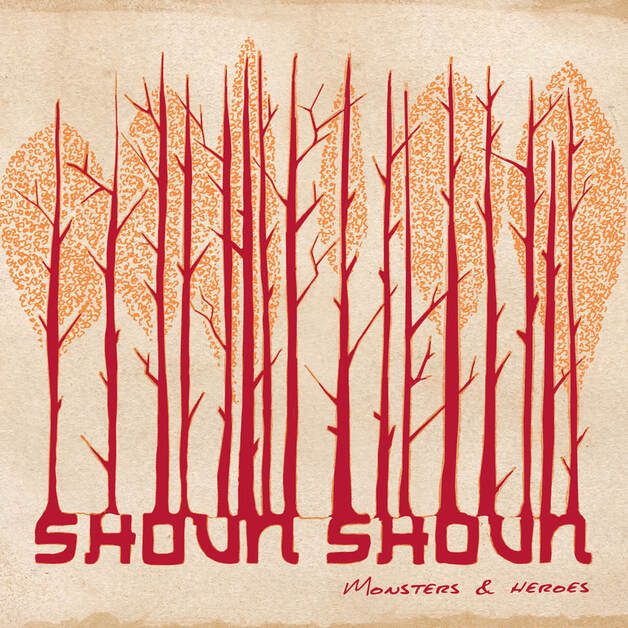 The Bristolian experimental rock quartet, Shoun Shoun, have recently released their highly anticipated debut album, "Monsters & Heroes". This is their first release since the 2019 EP "A Hundred Trips." This collection of 9 tracks is a break away from typical genre norms.

The album flicks between psychedelic rock and heavy grunge guitar to synths mixed with the melancholy and at times haunting vocals from lead vocalist Annette Berlin. I could break down each individual track, but that wouldn't help to describe the album as a whole.

It is slightly disjointed, for want of a better word, in that it doesn't flow as you would expect a conventional album to. More, it feels like a playlist of awesome songs curated to give maximum impact and showcase each track's individuality.
Starting off with "Did I Play Games", lyrically inspired by a friend who once drunkenly crashed on lyricist Annette's kitchen floor, creating a story around that night with all of the fog and confusion the next day brings. "Don't know how I got here, did I play games? Did I have fun?". Shoun Shoun gets your attention straight away with hard and heavy drums from Guiseppe La Rezza. A taster of the journey the listener is embarking on, the track is full of ups and downs and unexpected twists with the band constantly shifting tempo.

The heavy bass line in "Stuck" is glorious, underpinning the whole track. Reminiscent of The Ting Tings, "Stuck" is a thousand miles away stylistically from "Follow Me", which, keeping the experimentation going, is full of synthesised sounds with Björk-esque vocals.

There are so many positives about this album. It is rare to successfully capture raw creativity and make it sound good.
Shoun Shoun has certainly managed to do just that. There is something for everyone here. It may buck the trend of a conventional album, but where is the fun in being conventional?

"Monsters and Heroes" is out right now wherever you stream your music.