SILVERBIRD
release
​'Your Eyes Tell Me' 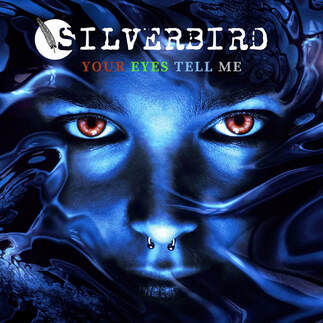 Silverbird have just released their latest single 'Your Eyes Tell Me'.
A unique mix of folk and rock brought together with the stunning vocal ability of lead singer Otto Steiner.
The band have captured something pretty special with their latest release, building on their history of strong songwriting to bring this accomplished piece to the ears of the masses.

'Your Eyes Tell Me' is a sure fire winner and deserving of a place on any playlist.
Here is a little background about the band for those of you who have only just found out about Silverbird.
​Silverbird makes independent music in the true sense of the word. Not only own songs, starting with songwriting and composing, but also everything that goes with it. So recording, production, arrangement, mixdown and cover artwork. Only the distribution is done by ONErpm with headquarters in New York. The roots of Silverbird are widespread and lie somewhere between singer-songwriter, rock, folk, pop and heavy metal. From this diversity the band has created a unique style with a high recognition value. This is reflected in Scott J.'s review on ReverbNation.
Otto Steiner : Lead- and backing vocals, e- and a-guitars, mandolin.
Roland Römer : Bass, percussion, backing vocals.
Lothar Jackel : Drums, percussion, backing vocals.

Check out 'Your Eyes Tell Me' here.