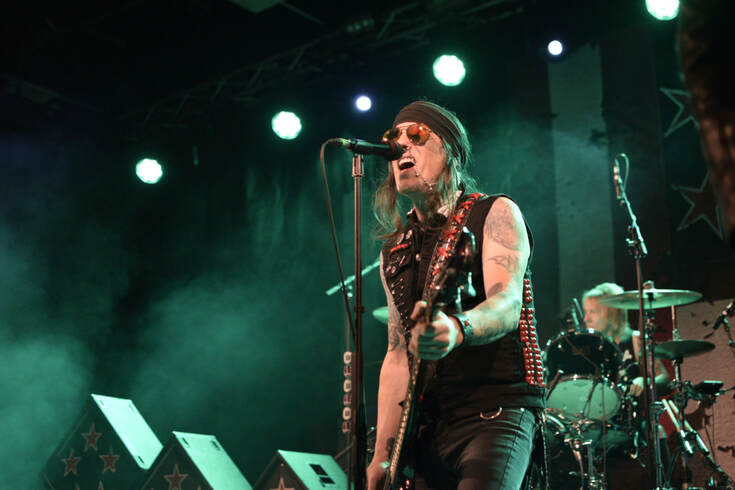 It was a cold, dark November night in Newcastle upon Tyne, and the normally bustling streets were almost eerily quiet. How can this be? What could have happened to bring the city to a standstill? Well, it just so happens that our intrepid reporter knows the answer. Rock—heavy rock, to be precise.
New Jersey rock legends Skid Row brought their Gangs All Here tour to Northumbria Uni with support from British rockers Collateral and another iconic band of the rock genre, ENUFF'Z NUFF.

The venue was packed to the rafters with fans of all ages eager to hear their favourite songs alongside some brand new tracks from their new album and the tour's namesake, 'The Gangs All Here.'

Taking to the stage first, Kent based rock band Collateral played a stunning six song set, including ‘Mr.Big Shot’, which the singer Angelo had emblazoned on the back of his denim jacket, and their recent single ‘Sin In The City’. The guys gave a fantastic performance, and they definitely gained some new fans in Newcastle. I would recommend catching a Collateral gig if you ever get the chance. 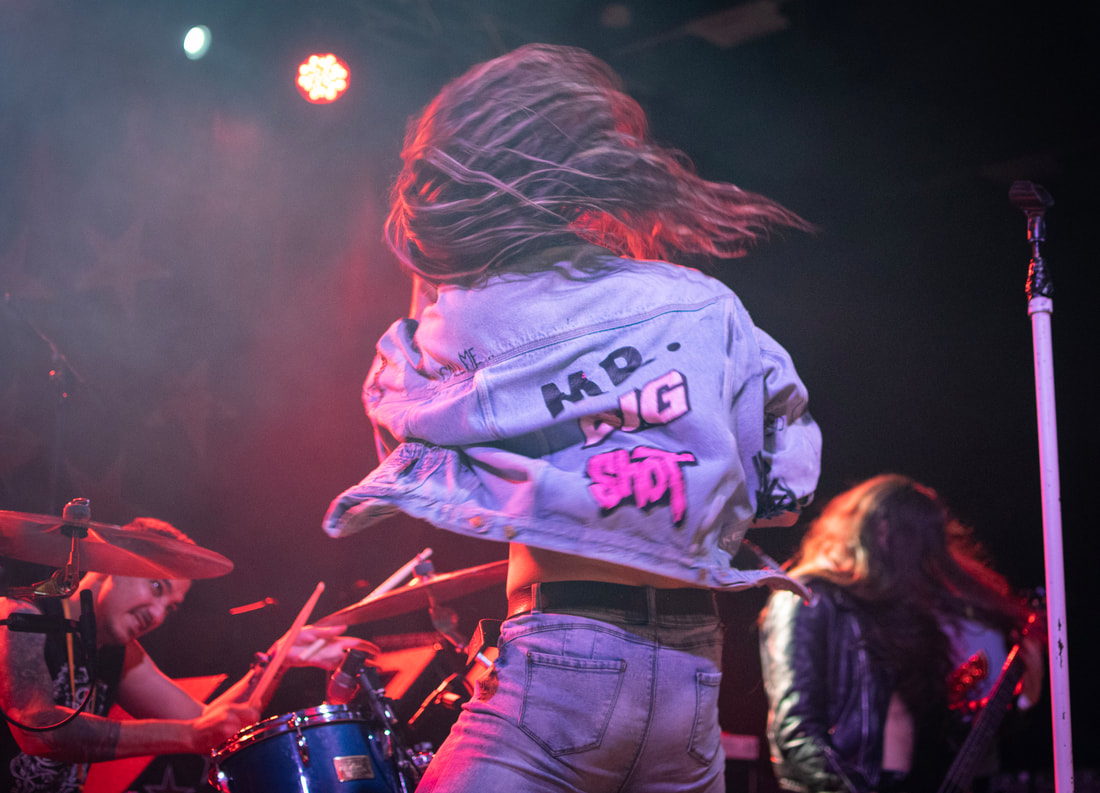 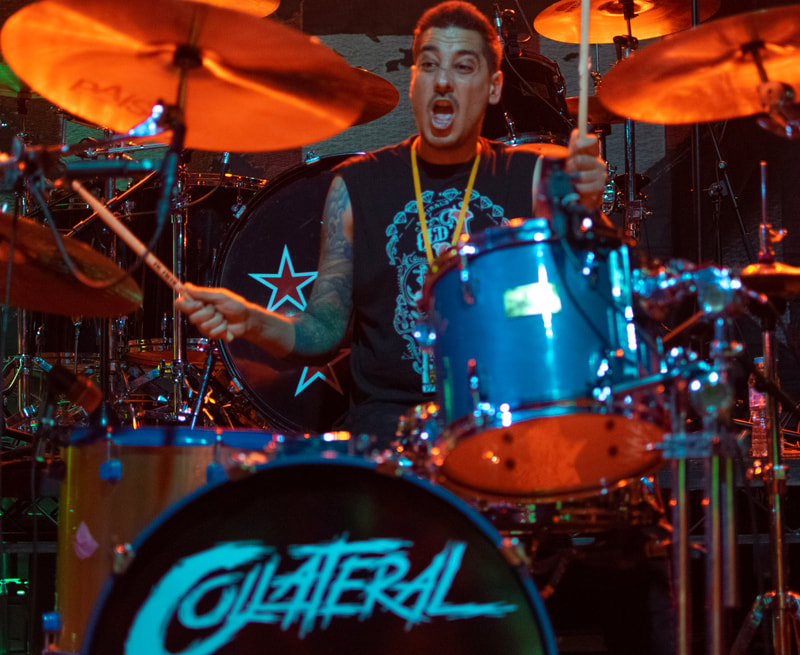 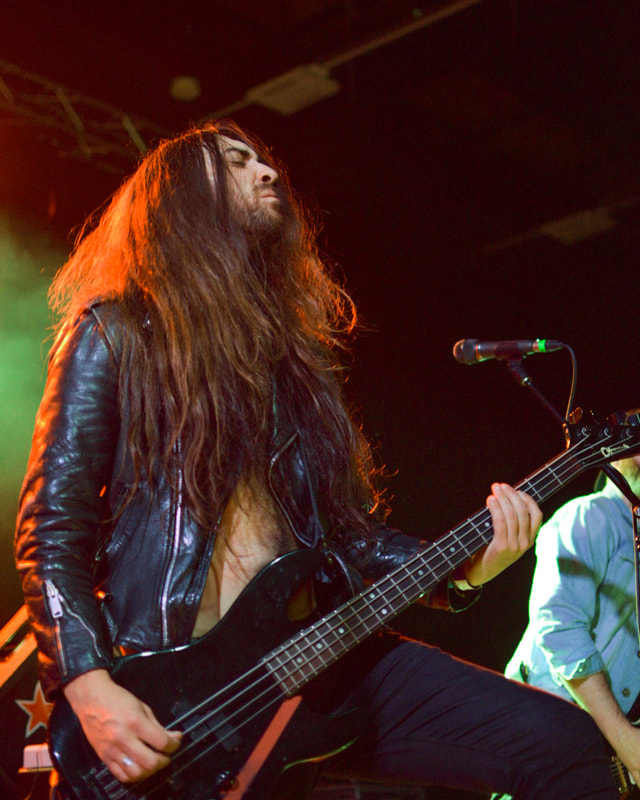 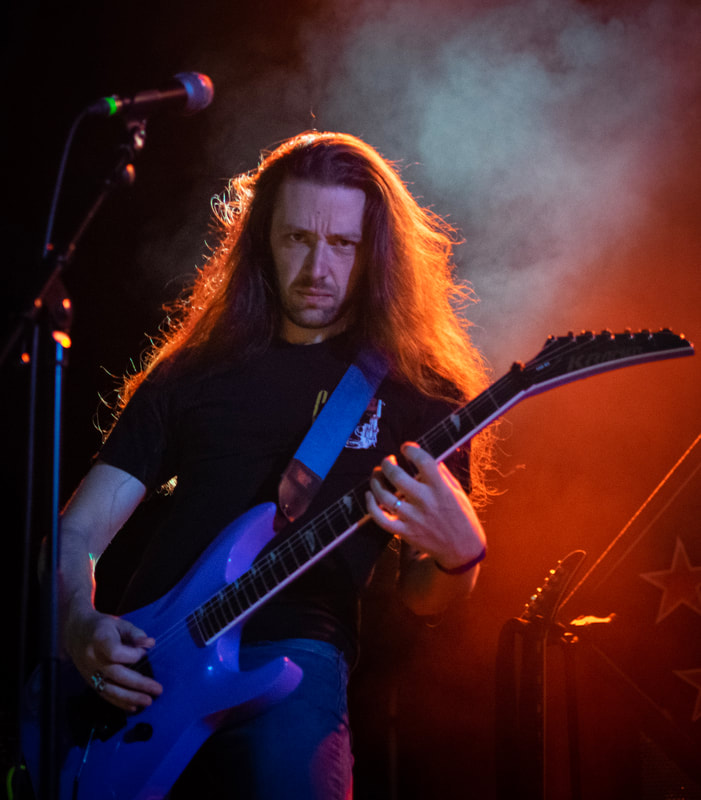 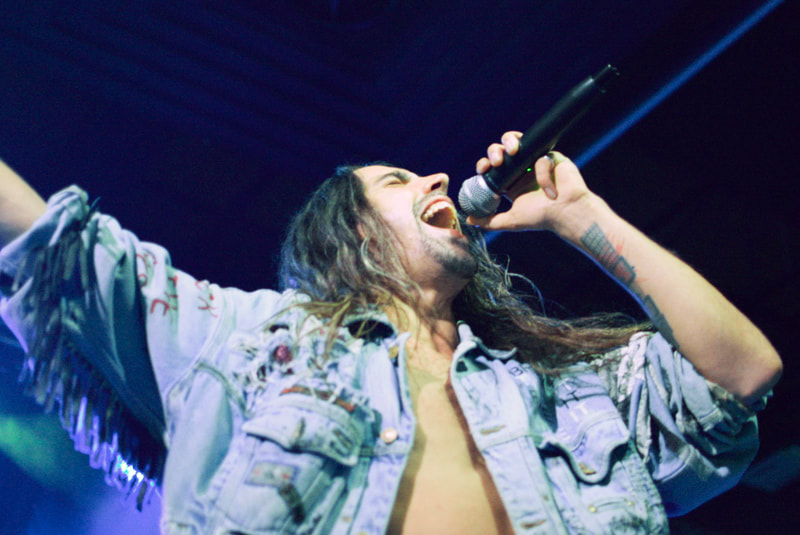 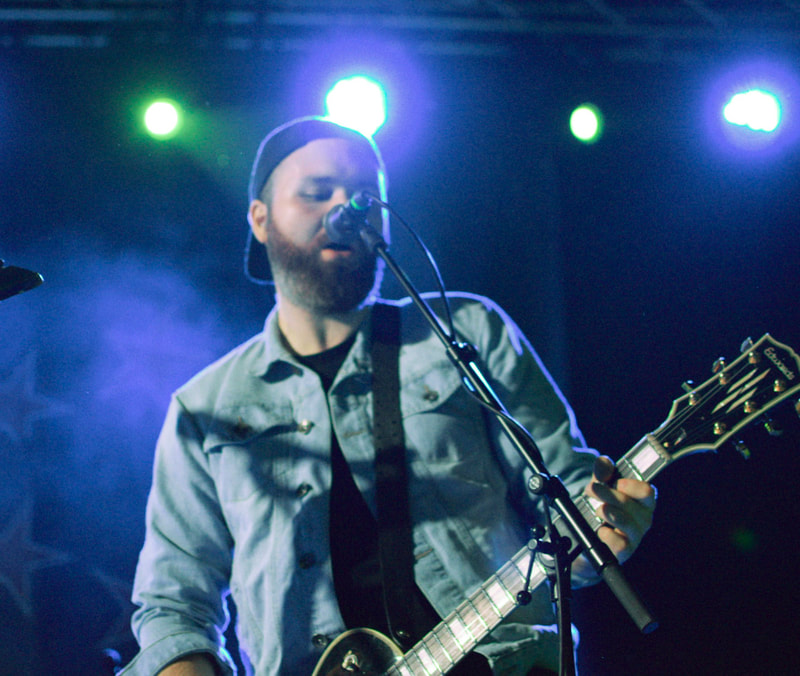 A short while later, the stage was graced by rock legends Enuff Z’Nuff. Chip and the Gang kicked off their set with a cover of the Beatles classic ‘Magical Mystery Tour’. Their set included another Beatles song, ‘Eleanor Rigby’ as well as the Wings hit ‘Jet’. The band really seemed to enjoy themselves, with Chip at one point placing his guitar around a security guard for a photo opportunity with grins all around. ‘Flying High Michelle’, ‘New Thing’, ‘Baby Loves You’ and ‘Kiss The Clown’ all made for a well rounded set that was well received by the Newcastle crowd. It isn’t hard to see why Enuff Z’Nuff have survived the test of time, albeit with a few lineup changes. The current lineup includes Chip Z’Nuff, former Ultravox member Tony Fennell, Tory Stoffregen, and drummer Daniel B. Hill.  Good, honest rock music and a zest for live performances and connecting with the audience have ensured their longevity, and long may they continue to rock our socks off.​ 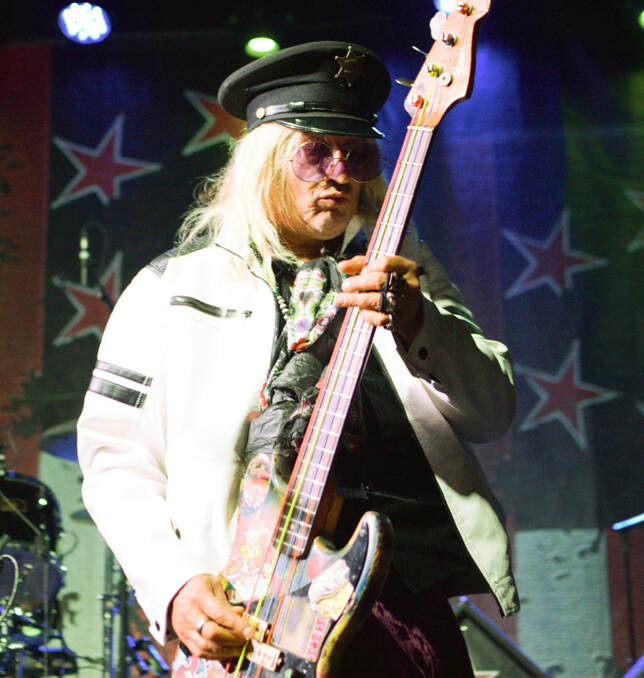 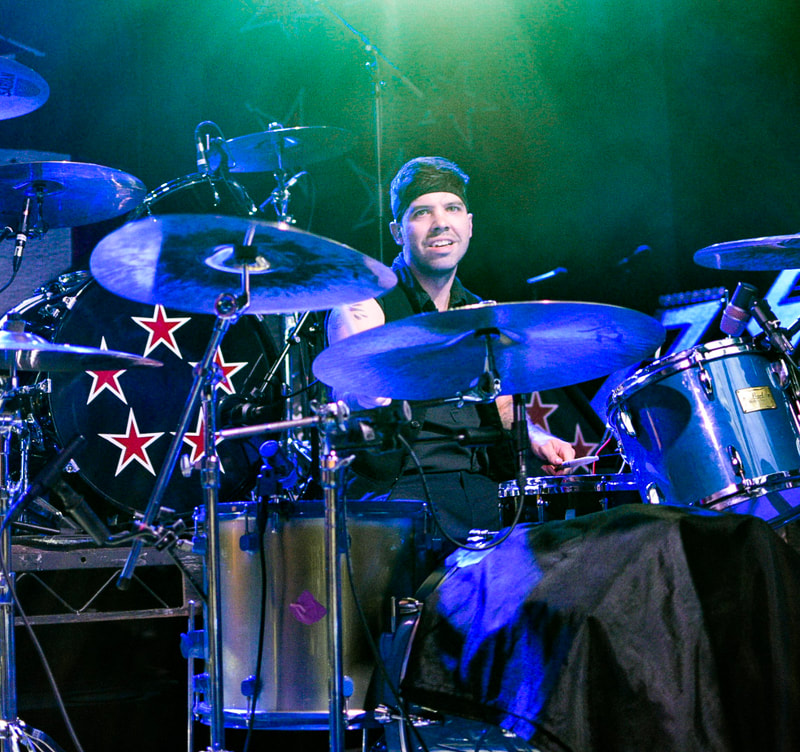 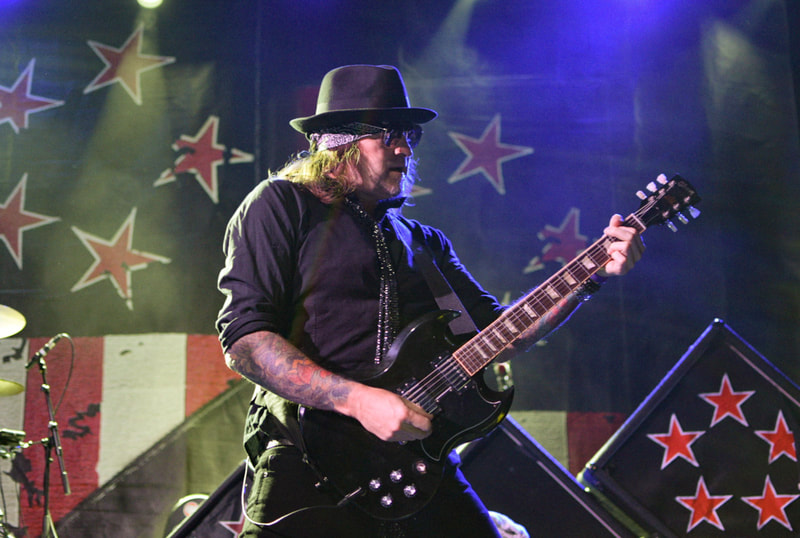 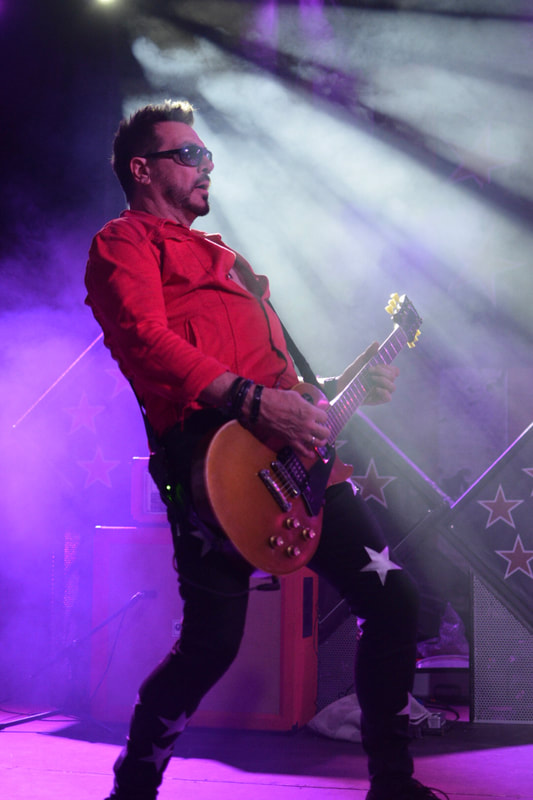 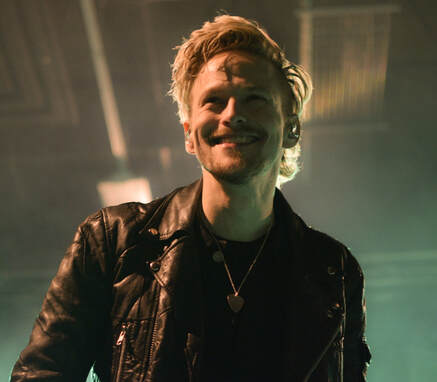 The excitement was building, and you could feel it in the air. The atmosphere was buzzing as the time for Skid Row drew ever closer. As the sirens wailed out, Rob Hammersmith took his place behind the drum kit and started the show with the drum intro to ‘Slave To The Grind’ as the rest of the band made their way to the stage.

Rachel Bolan, Scotti Hill, and new vocalist Erik Grönwall were joined by a crew member in place of Dave "The Snake" Sabo, who sadly could not play due to COVID. Although it's not the same as seeing the legendary Snake do his thing, his replacement did an awesome job and definitely helped make the show a success.

The band is currently promoting their sixth studio album, ‘The Gangs All Here’ and the gang was most definitely present. The vocal ability and volume of the crowd were matched by the enthusiastic performance given by the band, who are showing no signs of taking it easy. Rachel Bolan and Scotti Hill were full of energy and clearly masters of the stage. Rob Hammersmith performance on the skins was impeccable, hard hitting, and full of energy.
​
Erik Grönwall is relatively new to the band, and there is always that worry about whether or not a new vocalist can live up to the expectations of the fans. Within seconds of picking up the microphone, those worries were well and truly put to rest. Erik has the power and vocal range to rival any singer, and his voice is perfect for Skid Row’s back catalogue. Vocal performance aside, his stage presence is all encompassing. He has the attitude and style of a rock star, with a cheeky grin that occasionally flashes across his face and says, ‘I’m loving this as much as you are’ which endears him to the fans with ease. 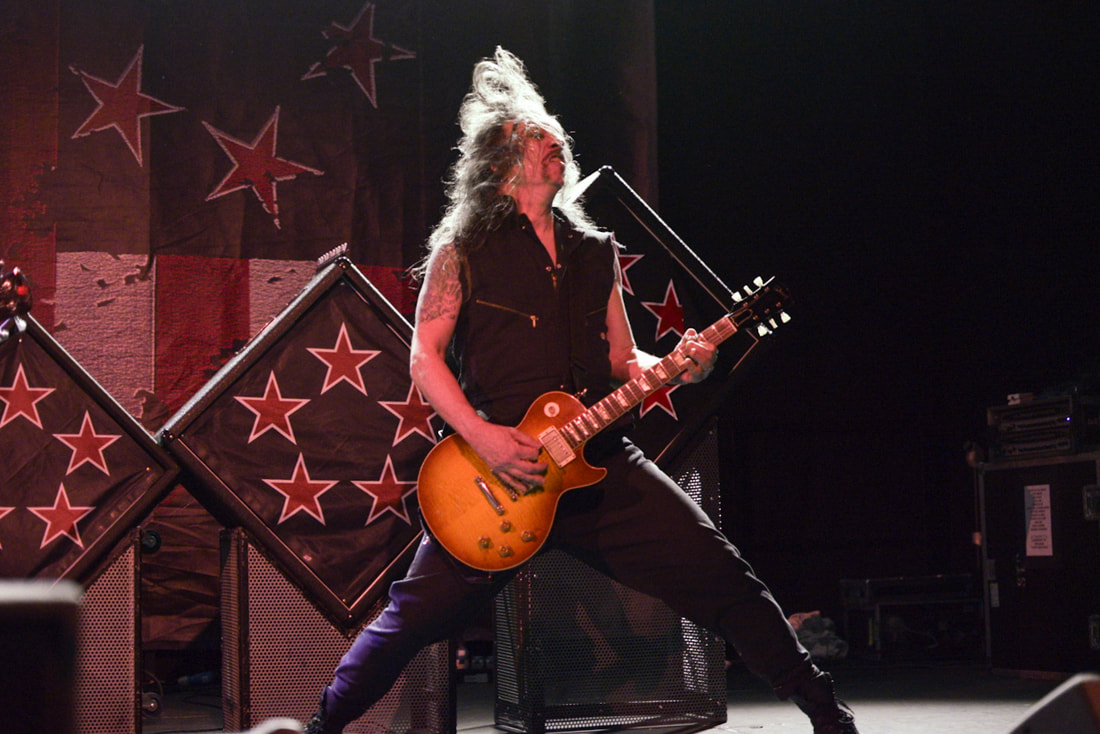 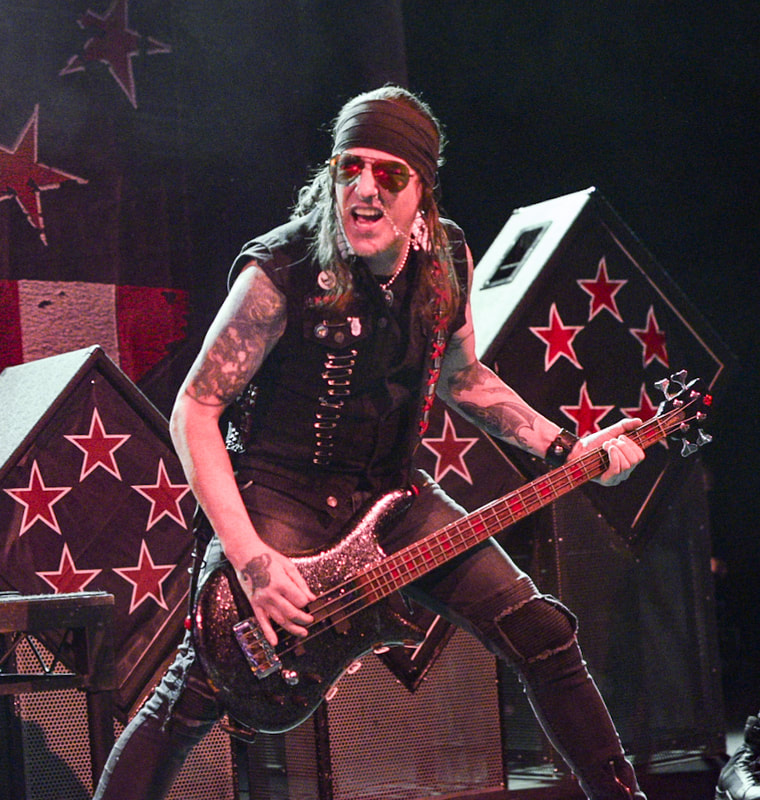 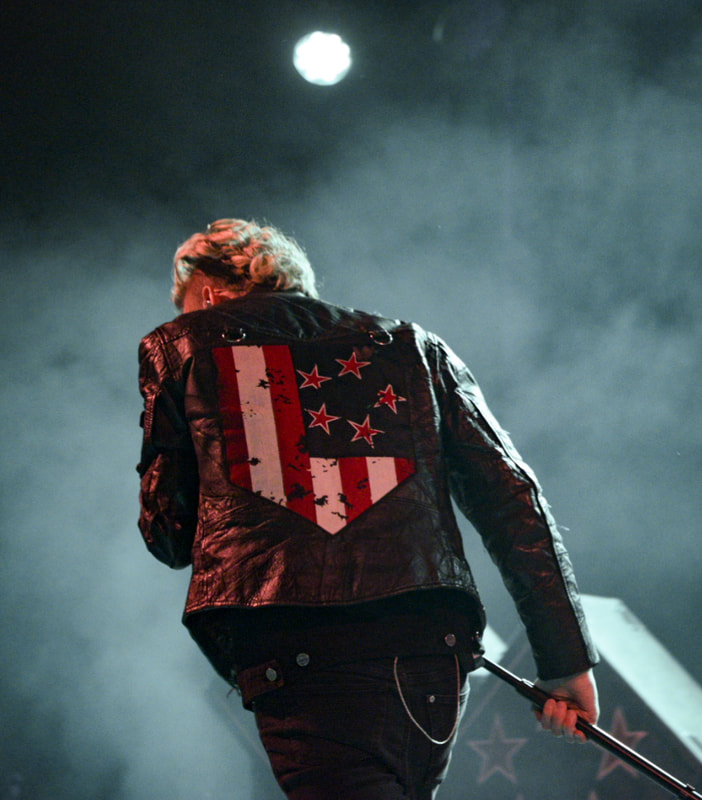 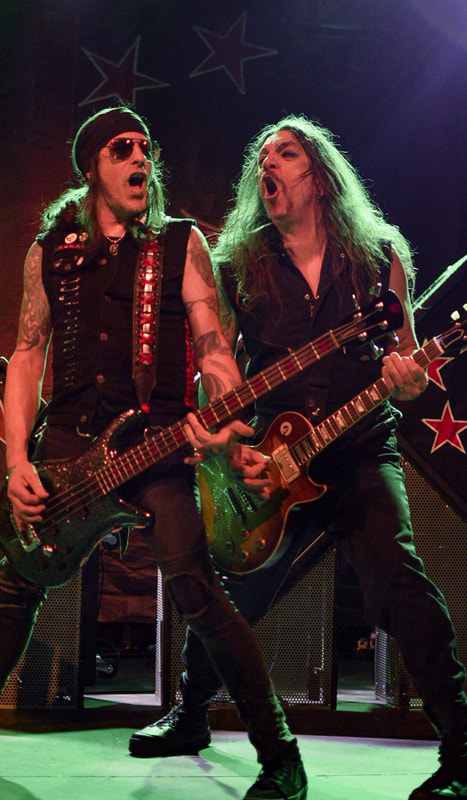 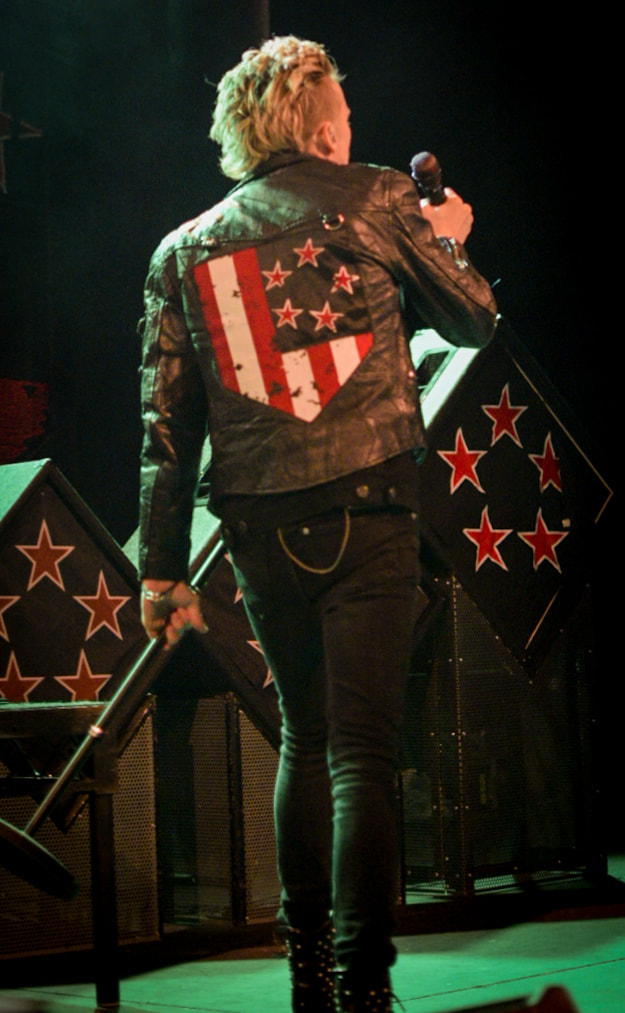 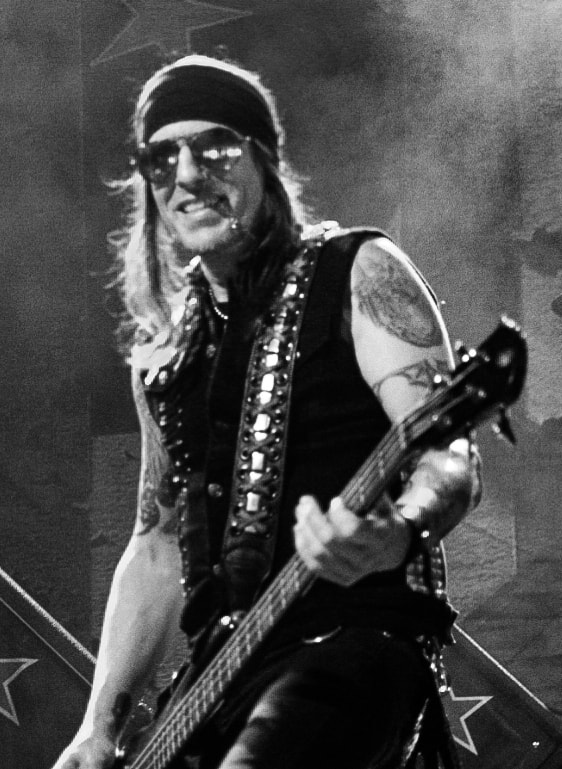 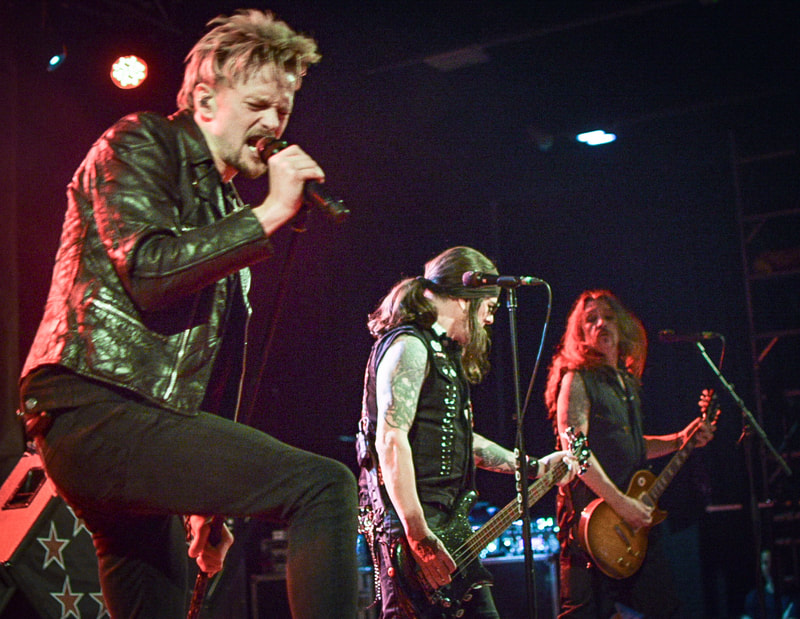 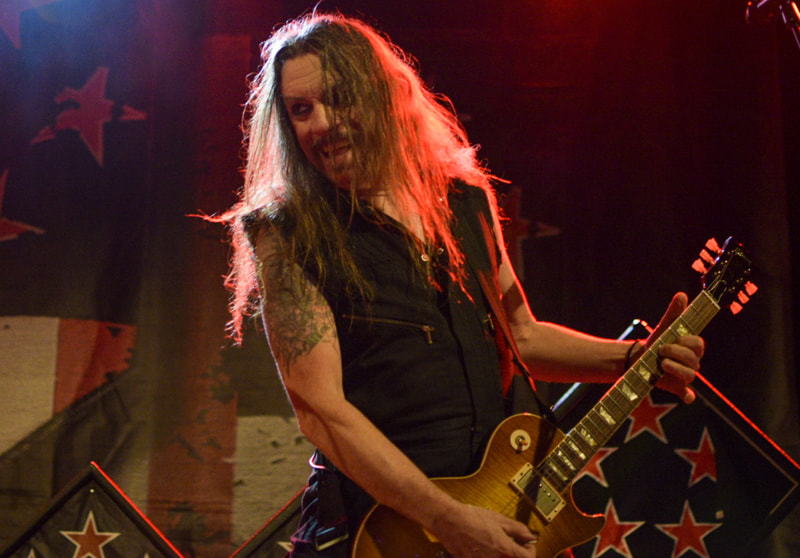 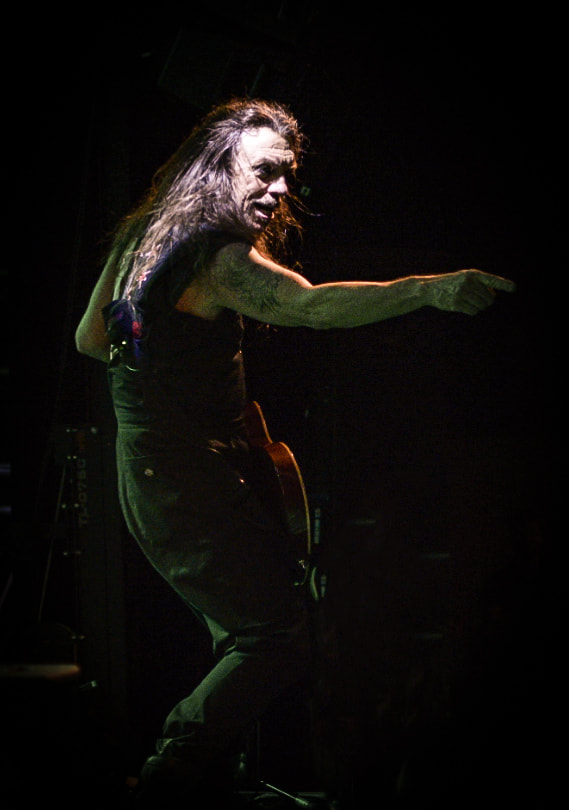 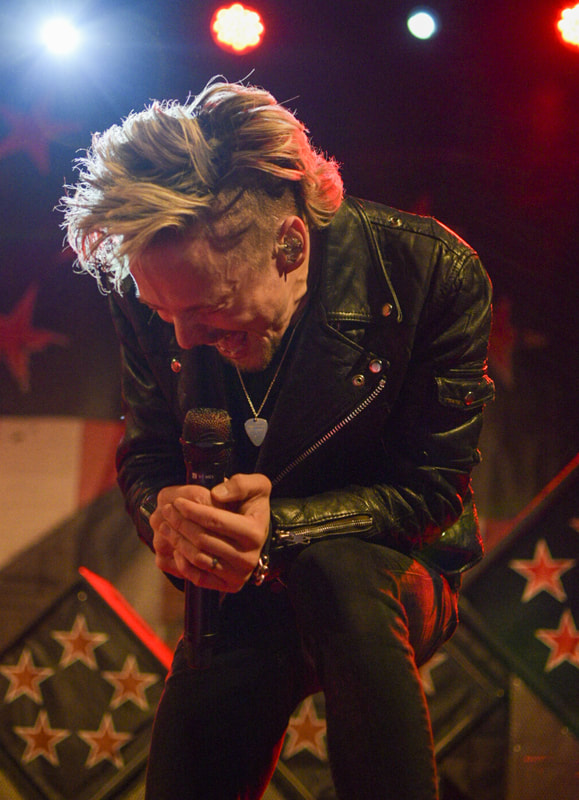 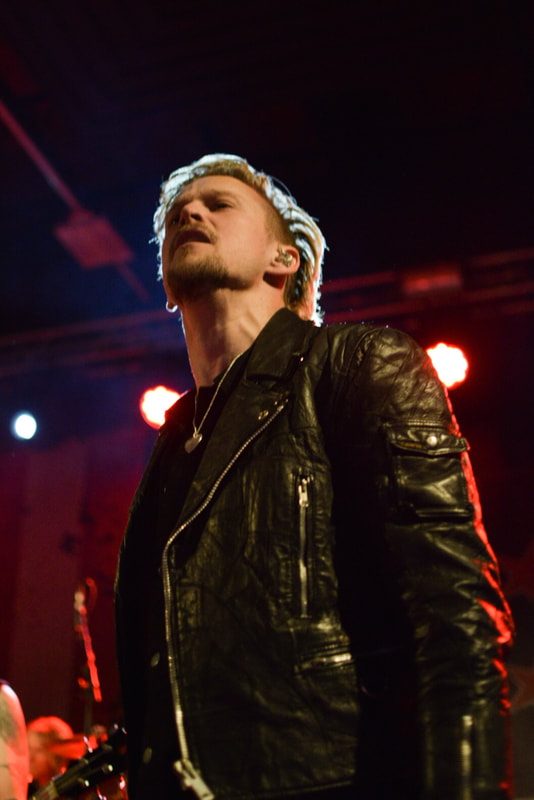 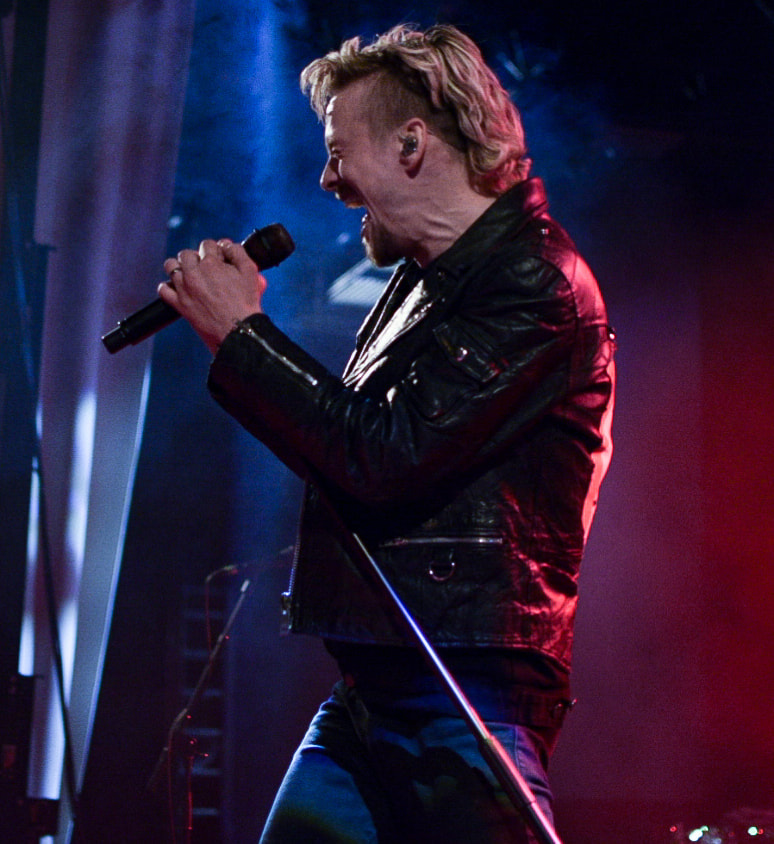 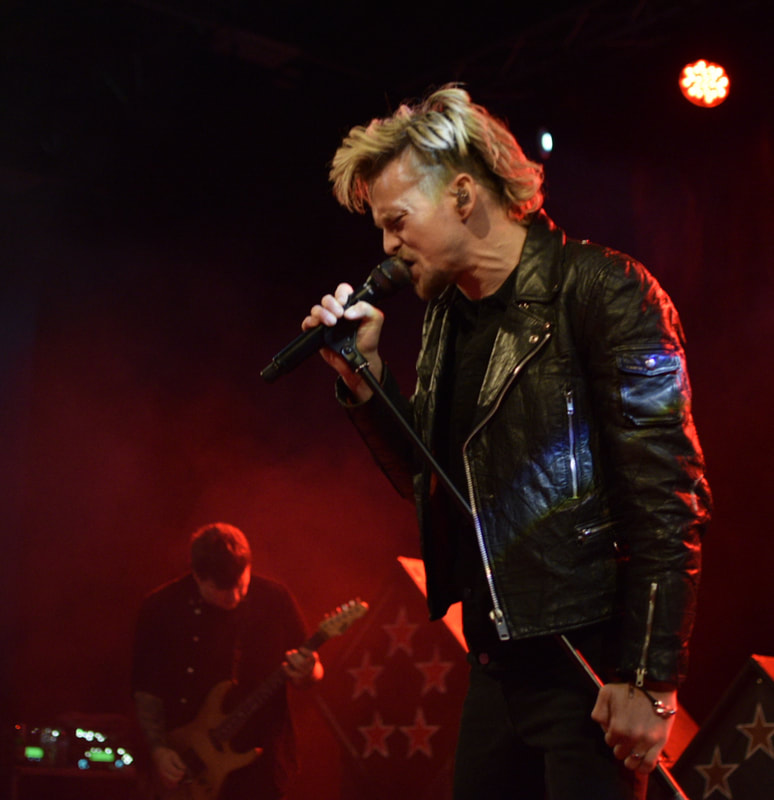 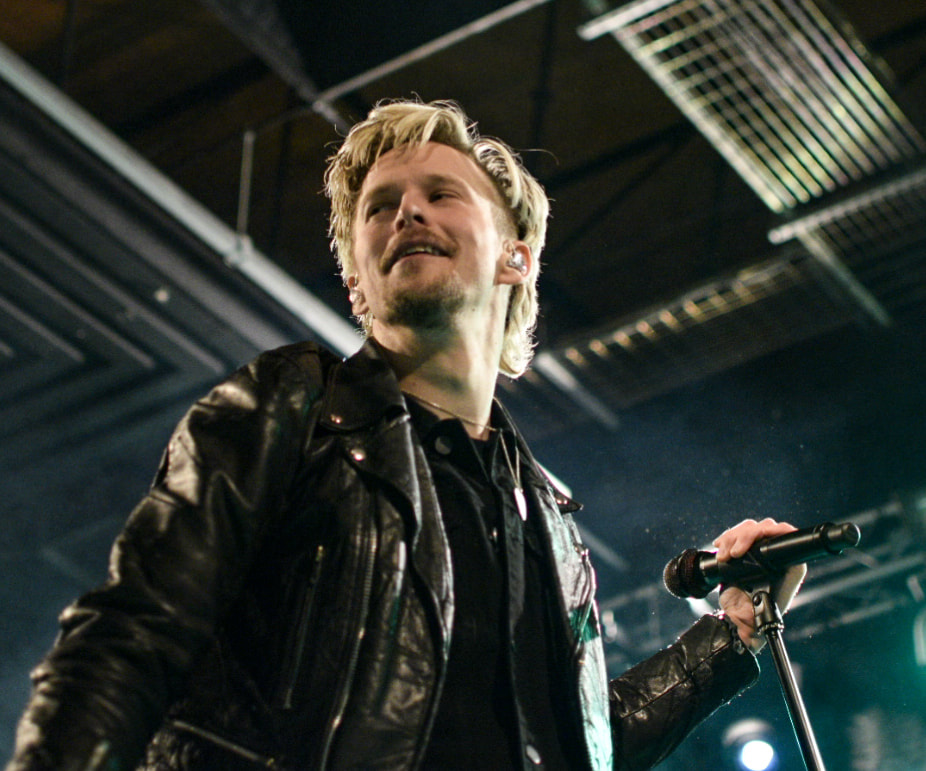 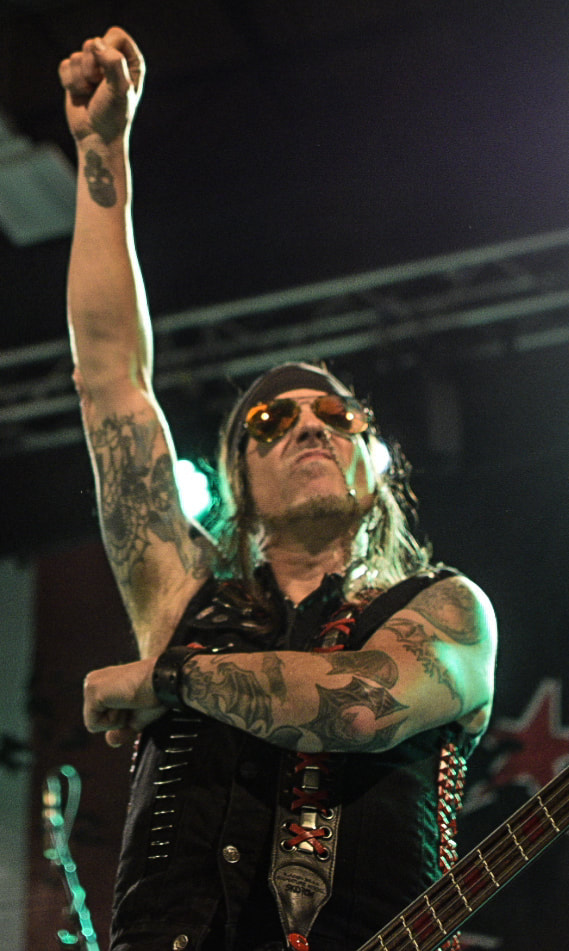 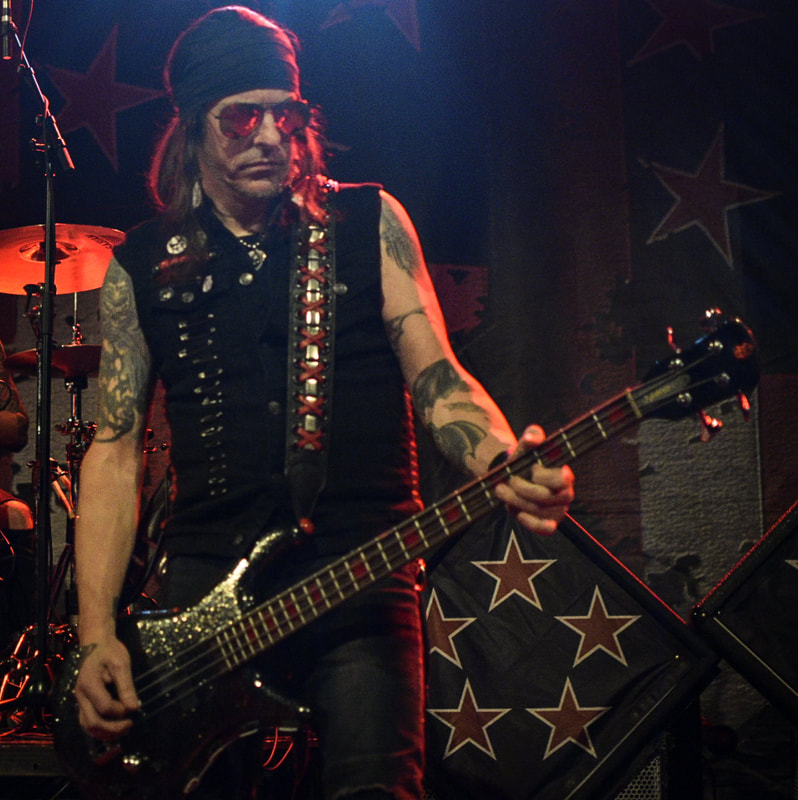 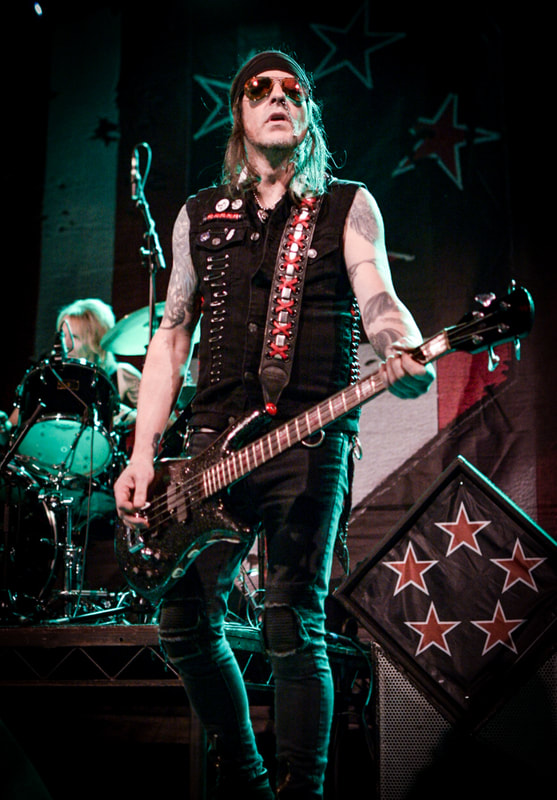 The set was a mixture of old time classics including ’18 and Life’, ‘Monkey Business’, ‘I Remember You’ and of course ‘Youth Gone Wild’ which was the final track of the night. Intertwined with the hits were newer tracks from the new album, ‘Tear It Down’, ‘Time Bomb’ and ‘The Gangs All Here’. The entire show was fifteen glorious songs that scratched that itch for some feel good heavy rock. With inflatable balls and confetti making for a true rock show style ending, Skid Row rocked Newcastle and gave the fans exactly what they wanted and needed.
​
As the show ended and the crowd left to go on with their everyday lives, each and every person who was in Newcastle for Skid Row on the 1st of November 2022 can say they are part of the gang. The album is available to stream wherever you stream your music, with physical copies available from www.skidrow.com