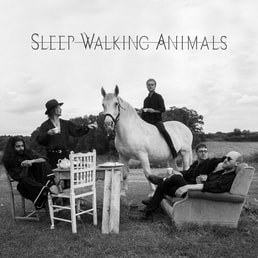 Tom Glynn-Carney (lead vocals) and Joe Etherington (guitar/vocals) grew up in Salford, drawing inspiration from the rich musical heritage of the area. Attending the same college, the duo’s first collaboration was a one off concert performance of The Beatles ‘Come Together’.
​
​With the addition of Jack Brett (bass, vocals), Alex Harford (lead guitar, vocals) and Nuwan Hugh-Perera (percussion, vocals), Sleep Walking Animals was born.
​
Splitting their time between London and Manchester, 2021 has been a busy one for the Alt Folk Rockers with the release of several singles, Aengus' Fool, Wild Folk and Dance Laura Dance. They have also played several festivals as well as London venues over the Summer.​ 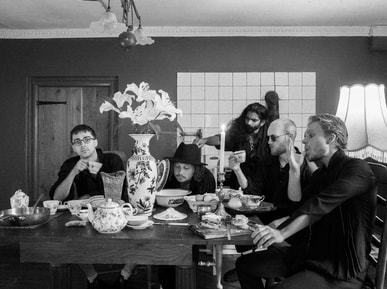 Topping off a successful year with the release of  their self titled EP. The record is a collection of their work spanning two years, showcasing the musical affinity the band have developed together. With haunting vocals on the likes of ‘Wild Folk’ to the glorious harmonies of Aengus’ Fool and the toe tapping, feel good beat of ‘Taste Of It’, the EP is a stunning collection which is sure to stand the test of time and has something for everyone.
​
Describing the EP, Sleep Walking Animals said ‘These are some of the first tunes we ever wrote and recorded. We didn't try to force a concept, each song holds a moment of birth, and they were the things that brought us and the EP together.’
Check out their website and socials here: www.sleepwalkinganimals.com