Spill Your Guts
The Wrath It Takes 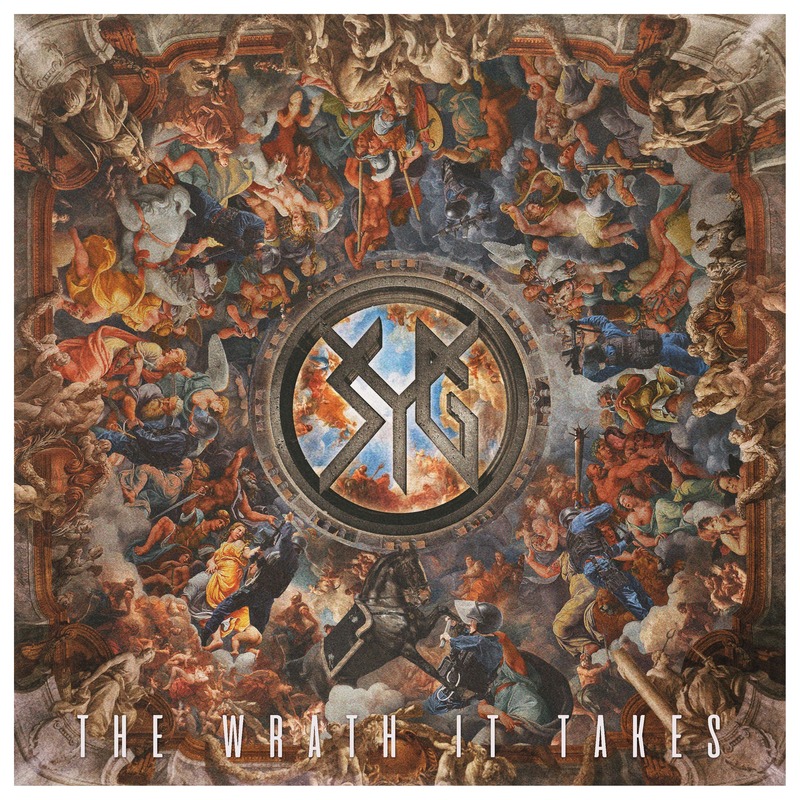 International Blackened Hardcore group SPILL YOUR GUTS will release sophomore full-length album The Wrath It Takes on March 25. The album will be released on vinyl format in five different color versions through PermCityPunk Records (Russia), Trepanation Recordings (UK) and Graboid Of The Ground Records (China).

SPILL YOUR GUTS (SYG) bring a raw, D.I.Y. hardcore spirit to a movement as transient as it is dangerous. Comprising a quartet of expatriate members — vocalist Dima (Russia), drummer Tyler (Canada), guitarist Larry (Scotland) and bassist Ian (Canada) — SYG were formed in 2012.

SYG teamed up with Scott Middleton from Cancer Bats, who not only produced, recorded and mastered the record, but helped the band define their own musical sound, as well as crafting their somewhat complicated story. SYG recorded at Schoolhouse Studios in Hamilton, Canada with the help of recording and mixing engineer Nick Ginn, and engineering assistant Andy Dmytryshyn.

In the band's own words:

"The Wrath It Takes is the record we’ve always dreamed of making; the record that will destroy venues while handing out high fives; the record that took us several years of hardship to write, produce and record. This record, more than anything we’ve ever released or written, sonically displays the emotional grit and turmoil that we endured to get to this point in our career as a band.

Each song on this record exhibits its own nuanced, balanced characteristics of melody and aggression fused with rasping vocals and ferocious percussion. As a band we lived through an extreme grasp on life by the government, which escalated into our homes being raided, constant live show raids and cancellations, arrests and deportations from the country. As we witnessed our scene being forced back into invite-only jam room studio shows, it seemed like personal problems just kept piling on top of it all. The resulting turmoil in our lives meant that lyrically this record took a much darker and deeper path than anything we’ve written before and focuses on a threaded narrative of personal liberation; from relationships, from governments, from societies and from very real turning points in our lives that we’ve all had to go through."
Spill Your Guts are:
​Dima - Vocals
Larry - Guitar
Ian - Bass
Tyler - Drums