The Brokers and The Walls Street Band:
​Italians debut EP at top of rock charts 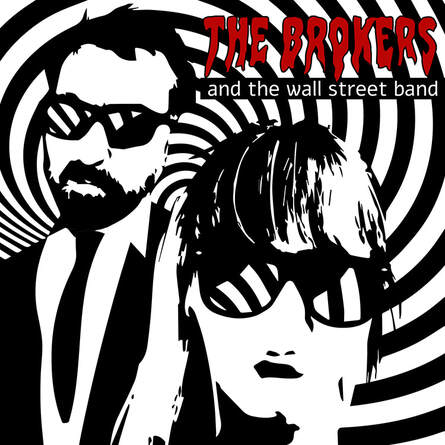 ​
The Brokers and The Walls Street Band is a musical project by Giuliano Taviani and Carmelo Travia, together with Diana Tejera, Italian rock singer. It is a homage (loving and playful) to garage punk rock with reference to groups such as: Velvet Underground, The X, The Stooges, The Sonics.


The band continues to promote their first EP with songs that bring out several influences from the 70s, forming a different sound by combining rock, electric guitars and vintage references. Recorded in Rome at Didyme Records Studio, the songs were mixed in Trace Sonore and mastered by Luca Fareri.


The eponymous debut ep only has three songs, but the references are very clear from the first notes: pretty dirty riffs and a real punk band attitude, with lots of 60's ambiences to back it up. Just under ten minutes in which the schizophrenic electricity of "Red Crow" alternates with the almost dreamlike pop melody of "Koll Let Me Down" and ends with the proto-punk of "In The Dark."


In a sonic path between Berlin Iggy Pop and Velvet Underground (with more than a few elements of Los Angeles punk), The brokers and the walls street band intrigues a lot and convinces on the first listen. For fans of this cultural background, listening is more than recommended. The record features dancing sounds and great atmosphere, it's a shame that the emotion only lasts 8 minutes!