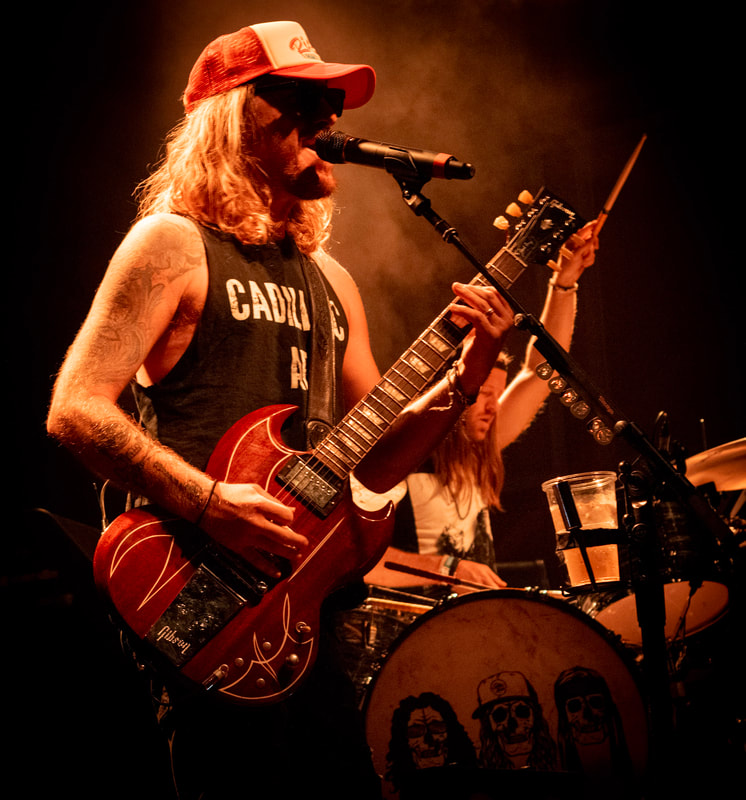 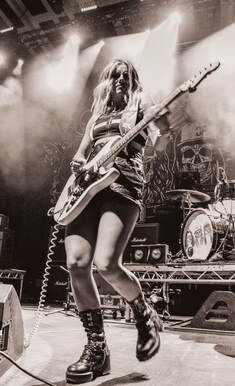 Lindsay Ell
The Cadillac Three, an American Country Rock trio, brought their Hillbilly Hypnotized tour all the way from Nashville to Newcastle upon Tyne. Following the cancellation of their last Newcastle date due to COVID, The Cadillac Three's highly anticipated arrival in the city was well overdue.

The audience filled City Hall with a steady flow of smiling faces streaming in through the doors, and there was a sizeable crowd for the opening act, Lindsay Ell.

The singer showed Newcastle she was there to rock, and rock she most certainly did. Lindsay got the crowd joining in early on and at one point even had them mimicking her guitar in a display of epic crowd participation. Lindsay went down a treat with the Geordie audience with a stunning guitar heavy set that included a glorious rendition of Queen's "Bohemian Rhapsody". The Canadian-born singer has adopted Nashville as her home, and her blues-infused rock guitar skills and vocals perfectly complement The Cadillac Three's awesome, country rock sound. ​
​
After a short intermission and with City Hall overflowing with excitement, The Cadillac Three took to the stage. The trio put on an exceptional performance, with a nineteen-track set which had the crowd well and truly rocking out.
Kicking off the show with "Hard Out Here For A Country Boy", it was clear that the band were enjoying themselves as much as the audience. From "Bury Me In My Boots" to "Tabasco and Sweet Tea", The Cadillac Three played crowd pleaser after crowd pleaser, making sure that their fans got what they came for.
​
The atmosphere was positively buzzing and the band played off the energy of the crowd. This is a band who are clearly masters of their craft. They know exactly how to put on a great show, and this was exactly that. The concert was well worth the wait. Definitely a band that everyone should see live.