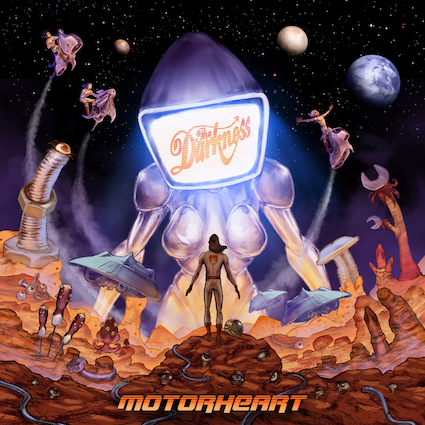 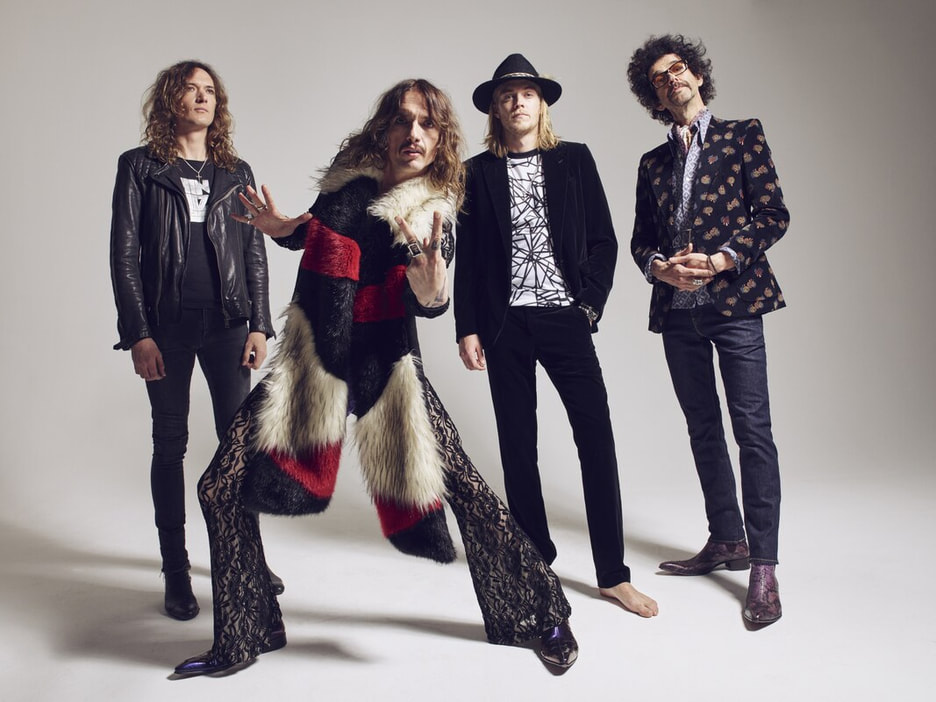 The Darkness
We've been lucky enough to check out 'Motorheart',  the latest offering from rock icons The Darkness. Released via Cooking Vinyl, 'Motorheart' is the band's seventh studio album, here is what we thought of it.

A full-on journey through the minds of the Lowestoft musical maestros, the album has The Darkness written all over it. Opening with an ode to the glorious city of Glasgow, 'Welcome Tae Glasgae' it starts with atmospheric bagpipes, which is reminiscent of the start of their 2005 album 'One Way Ticket To Hell... and Back', which kicked off with those stunning pan pipes, this song is great opener. Justin gives a nod to Glasgwegian venues like 'Barrowlands' as he tips his hat to the city.

The album flows really well, with plenty of their signature swagger and humour throughout.
The Darkness have put their all into making 'Motorheart' a true instant classic. The lead track, "Motorheart," is as catchy as it is heavy. With lucious guitar work and ludicrous subject matter, it doesn't get more quintessentially The Darkness than this.


Singles such as 'Jussy's Girl' and 'Nobody Can See Me Cry,' which were released prior to the album, are nestled alongside 'Its A Love Thang (You Wouldn't Understand),' with its experimental sounds, and the more subdued final track 'So Long'.
A standout track for us is 'Eastbound', a homage to the feeling of heading home after a long time away. The band can be heard planning a heavy night out while naming a stream of local haunts to visit on their return. The Darkness know how to have a good time and 'Eastbound' captures that perfectly, in fact its simply ace.

With its stunning art work and its classic heavy rock sound, "Motorheart" is in essence a collection of love songs. Whether it be love for a city, a person, or even a robot, The Darkness will have you laughing and rocking all at once.
Unsurprisingly, there is no weak track on this album. It really is all killer, no filler. The Darkness have definitely pulled it out of the bag with this one.

A band that has had many transformations over the years yet has managed to stay true to their own sound, The Darkness have again shown why they deserve a place in your music collection.

From the 19th of November, 'Motorheart' will be available wherever you listen to music. Also available on exclusive vinyl, CD and cassette, visit www.thedarknesslive.com for more details.


The album will be supported by a full UK tour at the following venues.