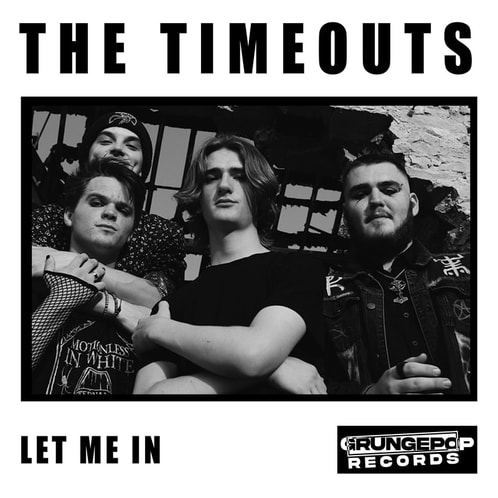 The Timeouts just released their debut single "Let Me In" and now they've dropped the accompanying video for it.

Hailing from Nottingham, England, The Timeouts are a grunge/Metal hybrid that blend the sounds of Led Zeppelin, Soundgarden, Alter Bridge, Alice In Chains, QOTSA and Jeff Buckley into one. Their heavy, loud, raw, and powerful guitar-driven rock with intensely sung vocals has gained them a loyal underground following and band members often end up joining the mosh pits at their own shows.


This is what the band said about the song:

"Let Me In was one of the first songs we wrote together as a band. The song started as an ode to Chris Cornell, with the main focus being on high, intense vocals, thundering drums and a massive guitar riff, but as we continued writing the song, it took on a life of its own. The song is about mental health. It's about trying to balance the weight of everything at once, dealing with the stresses of other people's lives when you can barely manage to keep yourself afloat. Lyrically we wanted to promote talking about your own mental health, as there's an epidemic of depression and an increase in male suicides globally. We wanted the song to send a hopeful message that by letting people in and communicating, you don't have to crumble under the pressures of life. We wanted to make it clear that it doesn't make you less of a man to reach out and get help. It's one of our favourite songs to perform live because of the sheer power and energy the song has. We love this song."
About the video:

The video was filmed at Nottingham, England's DIY space and studio, JT SOAR, and directed by Tommy Keeling of the band Minatore (also on Grunge Pop Records).

The Timeouts are poised to be the next band in line to take on the Rock and Metal scene. Discovered and signed by Grunge Pop Records, the band is currently recording their debut album with producer Simon "Smiley" Hopkinson at Electric Bear Studios in England.