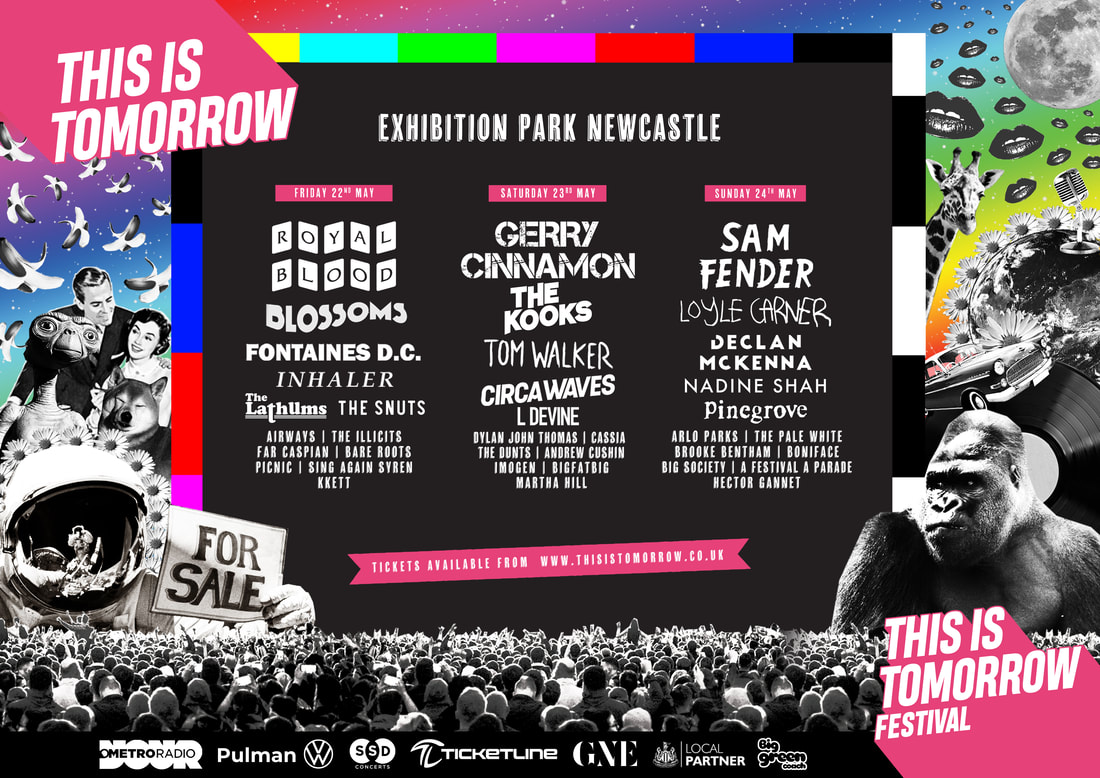 As part of a wave of new announcements, SSD Concerts has today confirmed that English rock duo Royal Blood, Irish post-punk sensations Fontaines D.C. and indie-pop band Blossoms will all perform on the Friday leg of This is Tomorrow Festival 2020 on Tyneside.

Following today's announcement, day tickets for the Friday instalment will go on sale this Friday 31st January 9 am, with weekend tickets for the festival already on sale.

Royal Blood are worthy Friday headliners. The duo have wowed the world with their impressive scuzzy blues-rock tunes created with nothing but a drum kit and unique bass techniques.

To date, Royal Blood have unleashed two albums to global critical acclaim, 2014's self-titled album 'Royal Blood' and the epic ‘How Did We Get So Dark?’ in 2017.

Their meteoric rise has been punctuated with sultry, blistering rock and roll hits including ‘Come On Over’, ‘Little Monster’ and ‘I Only Lie When I Love You’.

Blossoms will also take to the main stage at Exhibition Park. The Stockport-based quintet are the natural successors to Manchester’s long-held indie musical throne.

Since forming back in 2013, the band picked up high profile fans - such as The Stone Roses frontman Ian Brown - along with previous This Is Tomorrow performer and guitarist/ co-songwriter for The Smiths, Johnny Marr.

Blossoms have quickly come to the forefront of British indie music due to their infectious, exuberant stylings ranging from early cuts such as ‘Charlemagne’ to one of their most recent hits, ‘Your Girlfriend’.

Also taking a prime spot on the Friday lineup are Fontaines D.C. This band of Dublin upstarts have captured the imaginations of many. The band's debut album ‘Dogrel’ topped album of the year lists for 2019 courtesy BBC 6 Music and the legendary UK record label, Rough Trade.

More rising touring artists set to appear at the festival on the Friday include Wigan's angelic rock 'n' rollers The Lathums, Dublin group, Inhaler, Scottish foursome The Snuts and many more to be announced. Local artists Bare Roots and Picnic are also set to perform.

This Is Tomorrow is still to reveal yet more groundbreaking acts, both from the region and throughout the UK and Europe.

Reacting to today's announcement, Festival Organiser Steve Davis, said: “We feel Royal Blood are another huge addition to what is rapidly becoming the stand out outdoor festival line-up of the year for new music.

“Along with Blossoms and Fontaines D.C, This is Tomorrow Festival promises to be the live event of the summer.”

Day tickets for This is Tomorrow featuring Royal Blood, Fontaines D.C and Blossoms go on sale this Friday 31st January at 9 am priced at £49.00, plus booking fee.

Weekend tickets and day tickets for This Is Tomorrow are available via: https://thisistomorrow.ticketline.co.uk/

For more information about the event visit www.thisistomorrow.co.uk