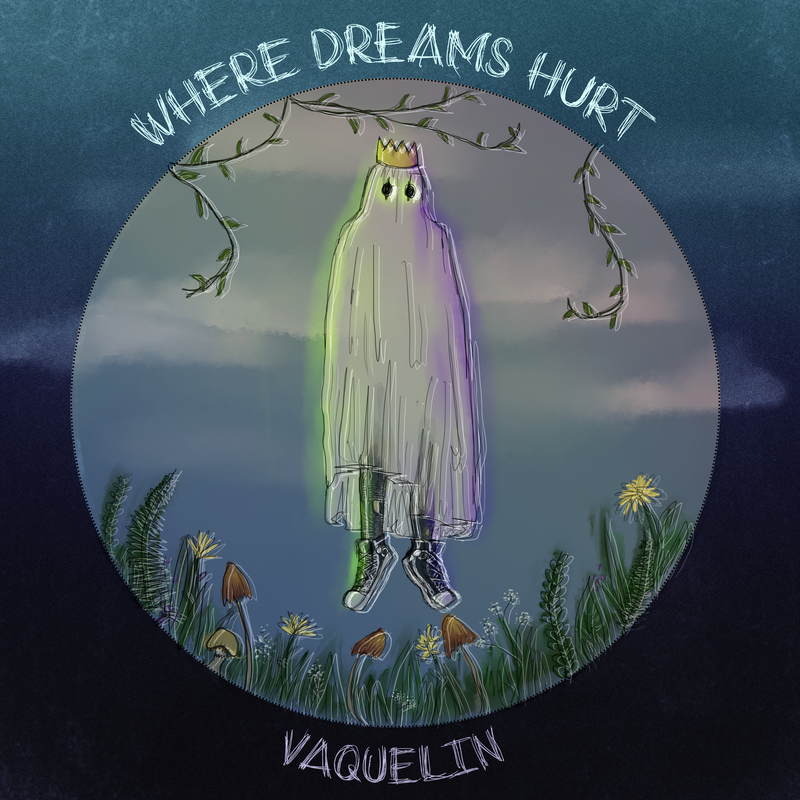 Four-piece rock band Vaquelin have put their heads above the proverbial parapet with their debut album "Where Dreams Hurt". The York-based band recorded the thirteen track album in two halves, starting pre-pandemic and finally finishing the second half towards the end of 2020. The album was mixed and mastered by Luiz Fernando Vieira (Audio Arena, São Paulo) and released to the ears of the public on the 28th of January 2022.

The time and effort was not spent in vain, "Where Dreams Hurt" is a superb debut. The band are influenced by the Red Hot Chili Peppers, among others, and that influence is clear throughout. At times, it would have been easy to mistake it for an RHCP album, no more so than in "Silence". This is a great track which keeps the energy going throughout the latter half of the record.

All thirteen tracks have been superbly crafted and whilst the band have worked hard to create a sound that matches that of the Peppers, there are sparks of individuality breaking through, giving a glimpse of the true Vaquelin sound. "Through The Heavens Fall" is an awesome track with a great guitar solo and a galloping bass line, at times reminiscent of Queens Of The Stone Age.

A great example of Vaquelin's songwriting skills can be heard in the gloriously rocky "Mad Alice Lane". With gritty vocals and an overall early 90s grunge feel, the band breaks out and sound like they are enjoying themselves.

The midway point in the album is marked with "Interlude", a short 58-second instrumental which reminded me of Blur's "End Of The Century."

The album is an outstanding debut album. The quality of the songwriting, musical composition and production are all on point. This is a great achievement for the band and is a testament to their hard work. With a start this good, Vaquelin has a promising future.

Available to stream right now. Check them out wherever you stream your music.