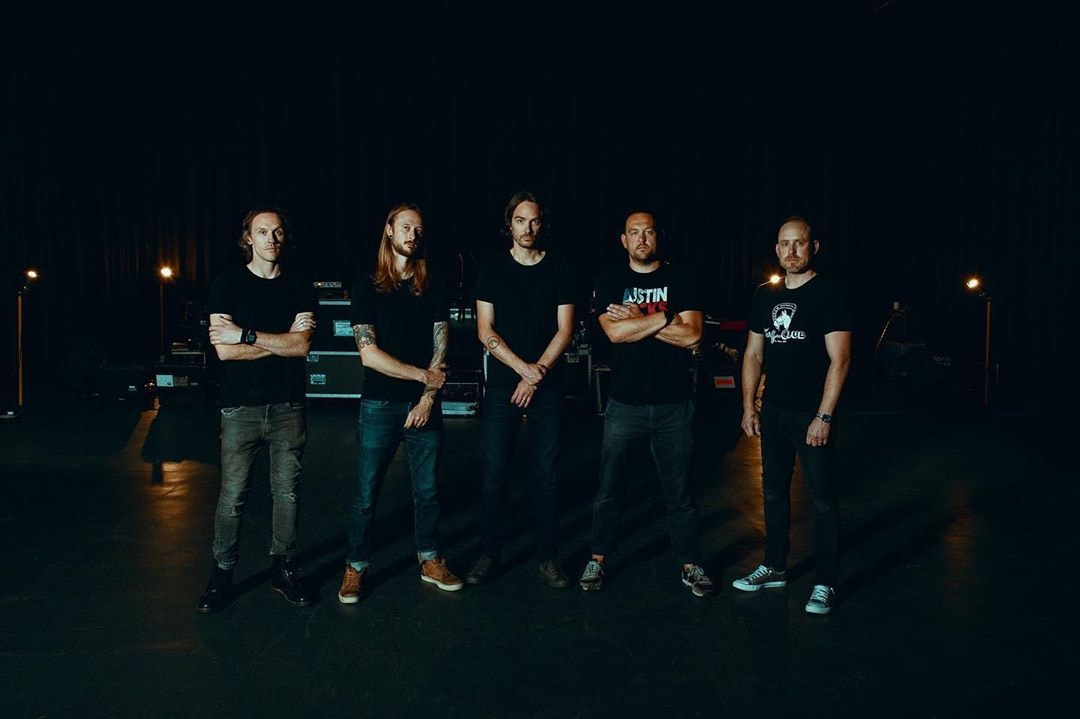 Following their incredible sold out headline performance at Camden Assembly, electronic rockers Vex Red are announcing UK headline dates throughout February 2020. To celebrate, they’ve launched digital pre-orders for their upcoming EP Give Me The Dark, due for release on October 4th via Say Something Recordings. The launch is accompanied by a brand new track ‘Air’ – a dark and brooding concoction which will become available immediately upon pre-order.

Give Me The Dark is the bands first collection of new music that they’ve released since their debut record Start With A Strong And Persistent Desire back in 2002. Seventeen years is a long time but they’ve picked up exactly where they left off, blending atmospheric electronics with gritty and expansive guitars to deliver their signature punch.

From the delicate and tranquil soundscapes of ‘Lake’ to the soaring sonic heights of ‘So I Can Sleep’, Vex Red flaunt every aspect of their sound that fans have come to know and love, all the while commanding an emotional intensity and unwavering precision that is impossible to ignore. With the added weight of the infectious ‘Tarantula’ and the relentless ‘Burn This Place’, they’ve delivered an EP that far transcends simply being a comeback EP. Give Me The Dark is a triumphant return to glory.

“It's a very interesting time to be in Vex Red. The release of new material after all these years is such a great feeling for us all, but ever so slightly tainted with the frustration that we left it so long… although saying that, it perhaps doesn't feel quite as long as it does until we look in the mirror!

“We’re extremely proud of Give Me The Dark. It represents a journey from the Vex back in the day to the ‘grown ups’ (said loosely) that we are today, and how we have all had to find our way in our own lives whilst trying to keep friendships strong. Musically Terry has outdone himself with the song writing, and with Keith smashing the Production side it’s been so easy for the rest of us to come in and add our colour to the tracks.

“It’s also great that we now have an official release under our belts with Dave on the drums. Dave has brought a great vibe to the band and really adds a solid foundation in the rhythm. This release has given us a fresh momentum and more new material is being worked on as we speak with hopefully another release just around the corner.

“Added to that 2020 is looking like its going to be a busy year with plenty more shows which we’re all very excited about. Vex has always been most at home onstage.”

With this EP, an album in the works and a reignited hunger to create new music, VEX RED are back with a refreshed sense of purpose and are set to go from strength to strength.

MORE INFO
VEX RED first emerged in 2001 after submitting a demo to producer Ross Robinson, quickly signing to his Virgin Records imprint label, I Am. Two singles ‘Itch’ and ‘Can’t Smile’ preceded the international release of their debut album Start With A Strong And Persistent Desire (Virgin/EMI) in early 2002.

The album achieved critical success and the band intensively toured the globe for over two years establishing their unique and mighty sound. The band played alongside the likes of Bush, Biffy Clyro, Glassjaw and Staind as well as successful festival appearances at Reading & Leeds, Glastonbury, Roskilde, Summer Sonic and the Vans Warped Tour, VEX RED’s live performances garnered glowing reviews.