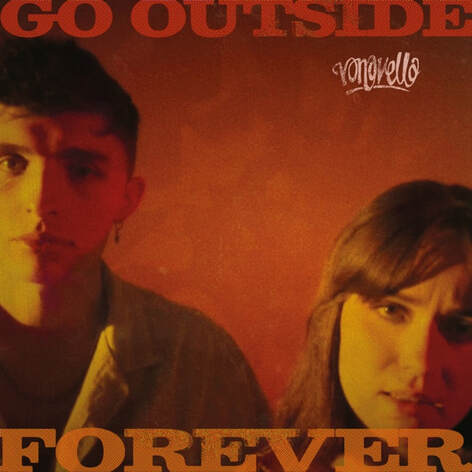 Check it out here ->vona vella go outside forever 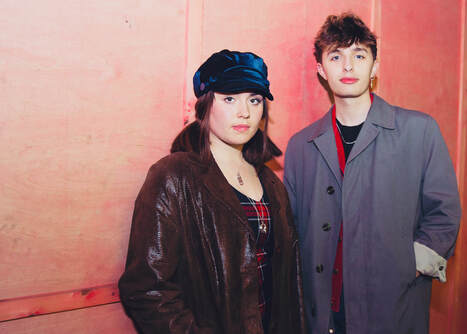 Photo: Sal Thomspon
After a steady stream of teaser singles towards the end of 2021, Leicestershire duo Vona Vella (Izzy Davis and Dan Cunningham) unveil their hotly anticipated debut EP Go Outside Forever, along with the official video for the title track – out via Peter Doherty’s label Strap Originals.

A sensation of six indie gems, Go Outside Forever encapsulates Vona Vella’s stunning artistry for sunny soundscapes with poetic lyricism. With a versatile expertise for DIY musicianship, all of the tracks were co-written by the duo: Dan playing the guitar and piano with Izzy on guitar and flute and also joined by Mark Neary on bass (Noel Gallagher/U2/Adele/UNKLE) and Jay Bone on drums (Carl Barat & The Jackals/Trampolene).

A soft-jazz offering to the record, focus track ‘Go Outside Forever’ explores the toxicities of modern ‘hustle culture’ – “It speaks about how not everyone needs to be out their comfort zone to be content. Many people are happy to stay comfortable, and not be constantly working to perfection, and that's okay.” Accompanied by an artistic visual, we see Izzy and Dan’s emotive performance overlaid by mesmeric scenes of nature.

The record is introduced with the bright and dreamy ‘Driving to LA’ - accompanied with a stylish ‘60s-themed visual directed by the iconic Roger Sargent (Oasis, Kings of Leon, U2). In contrast, ‘Threading Needles’ brings a softer sound to the record – with a simple guitar-led melody that allows Izzy’s heavenly vocal performance to front the track. An emotive ballad, ‘Threading Needles’ explores the “feeling as if you're treading on egg shells around someone who is going through a hard time. Tending to their unpredictable behaviour, trying to tip toe around a sensitive conversation that needs to happen.”

Continuing to display their versatility and multi-faceted sound, ‘Sun’ erupts with a high-energy percussive bassline married with harmonised vocals from the duo for an exquisite up-beat number. This is a brand-new recording of ‘Sun’ - different to Morcheeba’s remix released last year that has already racked up over 800K streams.

With stripped back bare piano production to mirror the emotionally raw lyrics, second single ‘Rainy Days’ marks the moment of realisation that you’ve done all you can to help someone, and the only way they can get through their struggles is if they solve them on their own. Further realised via a beautifully simple visual, viewers witness the musical chemistry between Izzy and Dan as they candidly play the song together.

Speaking on the EP recording process, the duo said “The whole EP was recorded at Albion Rooms with sound engineer Jason Stafford and producer Mike Moore. Both Mike and Jason are really fantastic at their jobs and a pleasure to work with, the EP wouldn't be what it is without them.”

Opening 2022 with a milestone moment, Vona Vella are joining The Libertines for four upcoming rescheduled dates of their Giddy Up a Ding Dong Tour at O2 Academy Leicester on February 18th, Nottingham’s Rock City on February 21st, and London’s O2 Forum Kentish Town on February 25th and 26th. The duo have also just announced that they will be joining Morcheeba to support a run of six dates in France for their upcoming European tour this March.

Keeping up the momentum for the year ahead, Go Outside Forever marks only the start of a busy year for Vona Vella that is destined to bring further attention and acclaim.
Upcoming Tour Dates:
17th February – The Albion Rooms, Margate