TOUR THE UK THIS OCTOBER 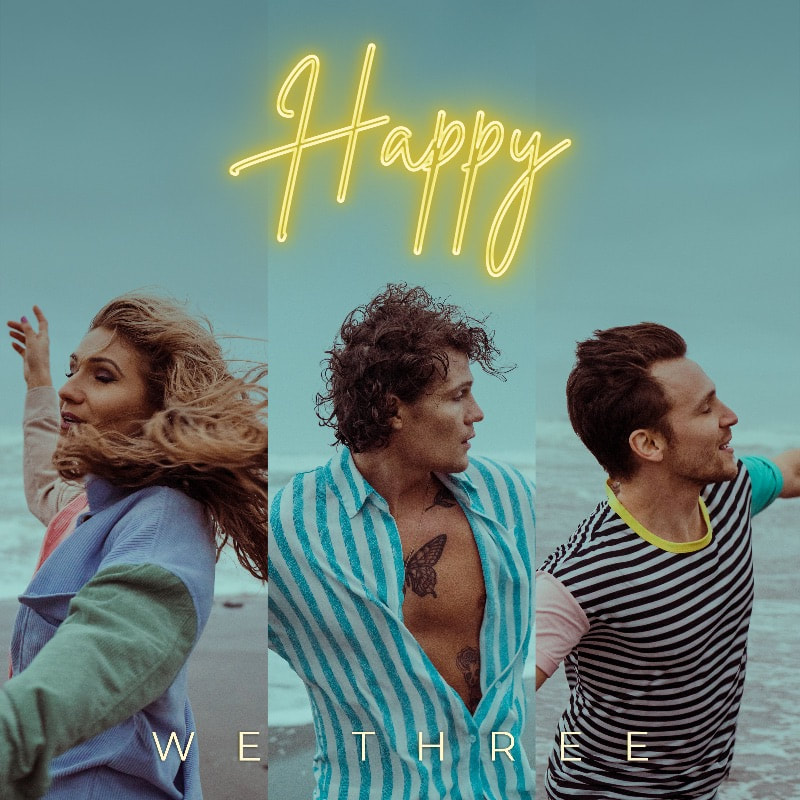 The time has come for We Three to make a major, global breakthrough.

We Three’s new album ‘HAPPY’’ is the moment that can make that happen.  Released on CD in the UK on Friday 30th September 2022.

The physical release comes ahead of a European tour in October which includes a major London show at Heaven, and an already-sold-out Glasgow show, with the other dates on course to sell out as well.

The time has come for We Three to make a major breakthrough in the UK as they look set to take their Stateside success global. Fuelled by colossal melodies, powerful emotions and exemplary musicianship, the trio are well on their way to breaking the 200 million streams landmark and have exceeded 2.2 million followers on social media. Their audience spans different generations, as shown by their biggest social platforms being TikTok and Facebook.

“Happy”, their 3rd album, is a product of frontman, songwriter and producer Manny Humlie’s urge to write intensely personal lyrics from the heart - a trait which has consistently connected with a fanbase that’s always expanding. There are no gimmicks: just timeless songwriting, open-hearted honesty and razor-sharp alt-pop production. It possesses an instant appeal, which was proven by a sold-out crowd singing the song back to them just a day after they posted a teaser for the track.

Completed by Manny’s siblings Bethany Blanchard (bass) and Joshua Humlie (keys/drums), the title of the new album reflects their current state of mind. Its fourteen songs were all written
and produced by Manny. His lyrics explore the twists and turns of relationships, but those hefty themes are at turns infused with humour and self-deprecation. While its moods span the spectrum from melancholy to upbeat, its scope is complemented by the band’s trademark versatility as they stretch from soaring emotional ballads to striking pop party-starters.

Bethany adds, “We really strive to be original and organic in our approach. We don’t go outside of the band to create our stories, everything we do is done by us, and this way we have a very direct and honest rapport with our fanbase.”

This rapport is two-way: fans are touched by We Three’s words, and the band are overwhelmed by the related stories that fans share with them. It was particularly felt in the song ‘Sara’, a song that pulled no punches in revealing the brutal realities of suicide. It raised awareness and funds for two related charities: To Write Love On Her Arms and the American Foundation for Suicide Prevention.

The three siblings have shared an extraordinary journey. They were raised in a religious family, which separated them from the ordinary experiences that most teenagers go through. Manny was nudged into an early marriage when others were having their first dates, leading, unsurprisingly, to an equally early divorce. The death of their mother opened up a wider world of both personal and musical experiences, but also the punch of grieving and loss. It was a time that We Three documented in their first breakthrough moment ‘Heaven’s Not Too Far.’

The band’s unorthodox background undoubtedly shapes their creative output, and they’re ready to deliver an album that is a product of the unexpected difficulties that the pandemic brought about. “The last two years have been a trial for all of us, and where we find ourselves now truly makes us very grateful and very happy." - Manny Humlie

With current streams in excess of 168 million, the band’s social media following is growing at a huge rate. Their TikTok account now has 1.1 million followers and is their primary tool for communicating with their fans.