X Ambassadors
​release official video for
​‘My Own Monster’ 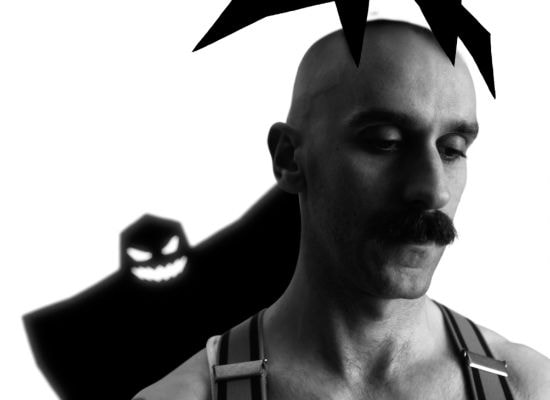 Multi-platinum-selling rock band X Ambassadors have shared the video for their latest single ‘My Own Monster’.

Directed by longtime collaborator Daniel Iglesias Jr., and made in collaboration with Mathematic — the Paris VFX house known for their work on Lil Nas X’s ‘Montero (Call Me By Your Name)’ — the video for ‘My Own Monster’ accentuates the song’s noir-pop element by placing frontman Sam Nelson Harris in a partially animated alternate universe.
In tribute to the scene from Anchors Aweigh in which Gene Kelly dances alongside Jerry Mouse from Tom and Jerry, the black-and-white visual finds Harris performing a choreographed routine with his own shadow, injecting a bit of classic-cartoon humour into the track’s chilling mystique. Harris worked with choreographer Genna Moroni training for a month before shooting the video. Watch the video HERE.

“The idea for this video came to me in a dream a couple of years ago and now it’s come to life,” says Harris. “The video feels playful and dangerous and kind of unhinged all at once, which is how I felt while making this record and video.”

Released via KIDinaKORNER/Interscope Records/Polydor, ‘My Own Monster’ is a moody psychodrama in the form of a groove-heavy pop song that examines themes of alienation, emotional risk and the desire to break free from pain. It was inspired by the pressureHarris feels every day to keep things in his life together professionally, personally, mentally and emotionally. It is a song about someone who has an evil voice inside their head and embracing it rather than running from it.

‘My Own Monster’ is the first song to be released from the band’s highly awaited third album, The Beautiful Liar, due out later this year and marks the start of a compelling new lyrical direction for X Ambassadors. The band have also announced two very special UK shows for February 2022, with tickets available via Ticketmaster.