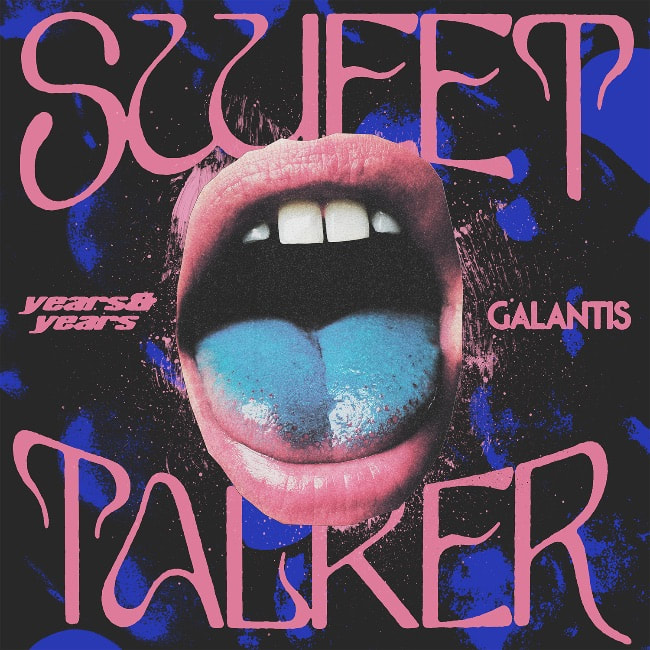 +
​Announce huge NYE show with BBC One
New album - ‘Night Call’ - confirmed for January 7th release
pre-order LP now​
Showing no signs of taking his fearless foot off the pedal, Olly Alexander aka Years & Years has announced the next single from the forthcoming album ‘Night Call’. ‘Sweet Talker’ premiered moments ago as Clara Amfo’s Hottest Record on BBC R1 and is a high energy, high octane SMASH which is sure to flood festive dance floors with pure fun and unabashed frivolity.
Olly Alexander also confirmed with Clara that Years & Years will see out 2021 in style with a music extravaganza as BBC One plays host to The Big New Years & Years Eve Party that the entire nation is invited to. Years & Years will be joined by some very special guests guaranteeing to leave viewers starstruck as pop superstar Kylie Minogue and the legendary Pet Shop Boys join the party, with lots more surprises in store too.
“I can’t quite believe the BBC are letting me entertain and party with the great British public this new years (&years) eve!!!” Olly comments. “I’m so excited!! I feel hugely privileged to be bringing in the new year for everybody tuning in, I promise it’s going to be an extremely fun and unforgettable televisual experience! I’ll be performing all my hits and collaborating with some iconic extra special guests, you can expect choreography, vocals, lights, outfits and wild joyful abandon! ”

For new single ‘Sweet Talker’, Olly teams up with dance music giants Galantis in an ode to all the verbal virtuoso’s out there texting sweet nothings and promising the world, but seeing none of it through. Ghosting is part of modern romance but Olly won’t settle for it so decided to reclaim the narrative of his own encounters and relationships gone sour. Setting a new standard for songwriting in dance music since 2009, Galantis is a collaborative project led by Christian Karlsson aka Bloodshy (Little Mix, Madonna, Kylie Minogue, Katy Perry and Britney Spears).

Years & Years’ third album ‘Night Call’ was announced recently with the new track ‘Crave’, alongside an incredible video featuring Olly and cast-mates from ‘It’s A Sin’ – the year’s definitive TV show, having recently won Best New Drama at the National Television Awards. Olly also recently teamed up with Kylie on the joyous ‘Second To Midnight’, the lead single from Minogue’s ‘Disco: Guest List Edition’ (and also featuring on the deluxe version of ‘Night Call’ upon its January 7th release). The latest run of news saw the announcement of ‘The Night Call Tour’ for 2022 featuring a London date at The SSE Arena, Wembley.

From its iconic artwork to its euphoric, rejuvenated sound, ‘Night Call’ is a thrilling new chapter for Years & Years. Throughout, Olly Alexander uses his platform to push the boundaries of mainstream superstardom, with a sound as inspired by pioneering figures like Sylvester as it is the club-ready world of French House. At the centre of it all is that mermaid of a muse: a beautiful icon luring men to their death, on an album partly about those searching for love (or a lover) but ultimately finding power in themselves. Embodying the new perspective of a character – like Ritchie in ‘It’s A Sin’ - also deeply influenced Olly’s songwriting, with songs that blur the line between fantasy and reality but are bound together by their explorations of queer life. Hedonistic and escapist, ‘Night Call’ captures that joy and anticipation of going out precisely because, says Olly, “I was writing from a fantastical space, stuck in the same four walls. I wanted to have as much pleasure as possible in the music.”

As Years & Years, Olly Alexander has become one of the world’s most trailblazing modern pop stars. Across two hugely successful albums to date, the singer, actor, fashion icon and cultural vanguard has earned 5 Brit Award nominations, surpassed 4.4 billion global streams, and played triumphant shows ranging from Glastonbury’s Pyramid Stage to The SSE Arena (with a homecoming date there now confirmed as part of 2022’s tour). Along the way, Olly has also become a fearless, once-in-a-generation voice on important discussions around mental health, and issues affecting the LGBTQ+ community - all of which, in its own way, has taken him to ‘Night Call’, and the most essential Years & Years album to date.