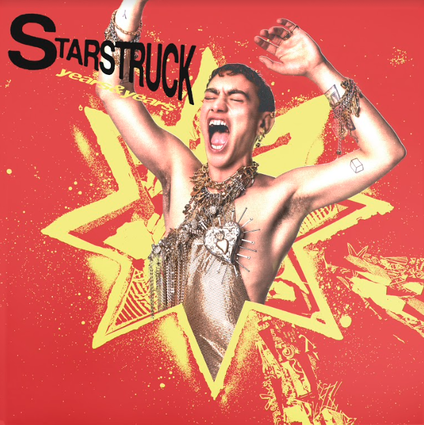 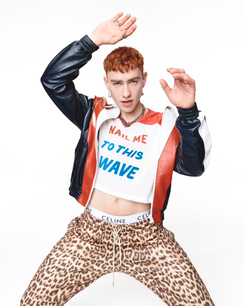 'Starstruck' is the brand  new single from Years & Years, which is available now on Polydor Records. It's the first new Years & Years music since 2018's much-loved second album 'Palo Santo', and follows hot on the heels of Olly Alexander's   leading role in Channel 4/HBO's huge show, 'It's A Sin'; which has broken all records on All 4 since its premiere in January, with over 18 million views to date (the platform's biggest ever instant box-set) and an incredible reception from fans and critics alike.

Olly Alexander's superstar-status graces new heights on 'Starstruck', an irresistible, instant-classic Years & Years anthem about human connection (and the cosmos).  'Starstruck', says Olly, "came together one night at a studio in the countryside outside of London. I couldn't remember the last time I'd seen so many stars, you get used to them not being there when you live in the city. Since we've all had to stop, all I've wanted to do is go out and dance. So I've been putting all that pent up energy into the music. 'Starstruck' is about the rush you get when you're with somebody you're really into, it's about holding onto a good feeling and not letting it go. Like most of us I've spent the past year at home, and I wanted to create something super positive and fun for people (and myself) to bop along too. Whatever we're doing or wherever we are in life, I think we all deserve three minutes of interstellar ecstasy."

As Years & Years, Olly Alexander has become one of the world's most trailblazing modern pop stars. Across two hugely successful albums to date, the singer, actor, and cultural vanguard has earned 5 Brit Award nominations, sold-out numerous global tours, and played triumphant homecoming shows at London's O2 and Wembley Arena. Along the way, Olly has also become a fearless, once-in-a-generation voice on important discussions around mental health, and issues affecting the LGBTQ+ community. This has been marked by a number of standout moments, ranging from Alexander's defiant speech at Glastonbury in 2016 in the wake of events in Orlando to his BBC Documentary 'Olly Alexander: Growing Up Gay', plus the dizzyingly creative world around 'Palo Santo' (a record that arrived with an ambitious short film starring Judi Dench and Ben Whishaw). Ever since multi-platinum-selling debut album 'Communion' in 2015, Years & Years' influence has been growing in plain sight; today, Olly's impact in a show like 'It's A Sin' resonates deeper still (following the show's broadcast, the Terrence Higgins Trust reports that there has been a four-fold increase in HIV Testing Week stats from previous years).
Currently hard at work on more music to follow 'Starstruck', Years & Years push boundaries by challenging notions of identity and sexuality in a way that is new to pop music - and totally Olly Alexander's own.